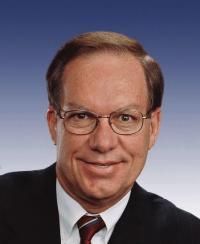 Our men and women in our armed forces are the real heroes in this conflict.
The successful establishment of a buffer zone around Fort Carson will provide an example for other bases around the country as we seek to protect the training mission of the U.S. military while preserving critical habitats on our ranges.
I think America is on the right track.
From the employees' standpoint, in 1935, Social Security was a big gamble. Employees would be required to participate in the program, contributing a percentage of their income for their entire adult working life.
I think back a little bit when President Bush was elected President and what kind of economy he inherited from the Clinton administration. The economy was going down. It was not doing well.
In some ways, with the security challenges this country has faced, we have had to put in rules and regulations for business to be able to sustain their growth and create jobs.

Who is person today and how old is Wayne Allard age, famous quotes