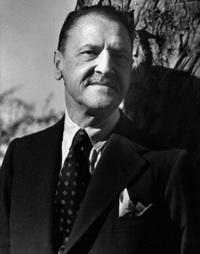 It's a funny thing about life; if you refuse to accept anything but the best, you very often get it.
We are not the same persons this year as last; nor are those we love. It is a happy chance if we, changing, continue to love a changed person.
The common idea that success spoils people by making them vain, egotistic and self-complacent is erroneous; on the contrary it makes them, for the most part, humble, tolerant and kind.
Beauty is an ecstasy; it is as simple as hunger. There is really nothing to be said about it. It is like the perfume of a rose: you can smell it and that is all.
Money is the string with which a sardonic destiny directs the motions of its puppets.
Any nation that thinks more of its ease and comfort than its freedom will soon lose its freedom; and the ironical thing about it is that it will lose its ease and comfort too.
The great American novel has not only already been written, it has already been rejected.
The love that lasts longest is the love that is never returned.
In the country the darkness of night is friendly and familiar, but in a city, with its blaze of lights, it is unnatural, hostile and menacing. It is like a monstrous vulture that hovers, biding its time.
The crown of literature is poetry.
There are three rules for writing a novel. Unfortunately, no one knows what they are.
At a dinner party one should eat wisely but not too well, and talk well but not too wisely.
It is not true that suffering ennobles the character; happiness does that sometimes, but suffering for the most part, makes men petty and vindictive.
Love is only a dirty trick played on us to achieve continuation of the species.
The artist produces for the liberation of his soul. It is his nature to create as it is the nature of water to run down the hill.
Impropriety is the soul of wit.
There are two good things in life - freedom of thought and freedom of action.
Imagination grows by exercise, and contrary to common belief, is more powerful in the mature than in the young.
An unfortunate thing about this world is that the good habits are much easier to give up than the bad ones.
If you don't change your beliefs, your life will be like this forever. Is that good news?

Who is person today and how old is W. Somerset Maugham age, famous quotes