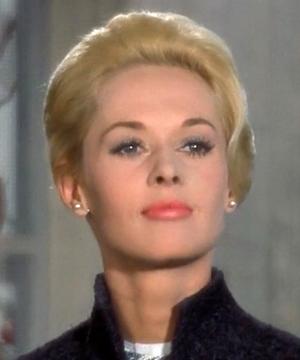 In fact, I think I have had a ghost in my house. Although not active lately, unexplainable things would happen and the kitties were particularly sensitive - especially, Marlon Brando... the cat not the man.
It is up to the public to stop attending these theatrical, and aquatic shows, and circuses with wild animals. The rhetoric about how the animals are happy and well cared for are lies. Don't be swayed by them. The money behind these shows is huge; there is nothing good about them.
These are the animals that are the reason why you don't see old animals in the wild. You don't see sick animals in the wild. You don't see lame animals in the wild, and its all because of the predator: the lion, the tiger, the leopard, all the cats.
I really like birds. Everyone always wants me to say that I can't stand to go near them, just like they want Janet Leigh to confess that she can't bear to take a shower. Well, I'm sorry to disappoint you.
Animal abuse is rampant in the U.S., right under everyone's eyes, for the entertainment of the public. The brutal confinement and pain of training methods of wild animals in the circus, the aquatic and theatrical shows, leads to retaliation by the animals. Eventually they find the right time to strike out, and they will.
We have a lion, tiger, liger, which is the father is a lion and the mother is a tiger, black and spotted leopard, mountain lion, Asian leopard cats. Weve got a tremendous number of the exotic feline.
Right now I'm looking at a liger out my bedroom window. He's half lion and half tiger. And he's absolutely beautiful. His name is Patrick.
You don't see sick animals in the wild. You don't see lame animals in the wild, and its all because of the predator: the lion, the tiger, the leopard, all the cats.
I was studying my 'Bold and Beautiful' script the other day, lying in a hammock, when one of my Siberian tigers walked up and grabbed it out of my hand - she wanted to play. See - teeth marks!
Federal legislation is urgently needed to stop this insanity of wild animals in captivity.
If people could be as honest as animals, what a different world it would be.
As far as I know, Vera Miles had a terrible time with Hitchcock, and she wanted to get out of the contract. He didn't let her. She did 'Psycho,' and I believe, if you look at 'Psycho,' there isn't one close up of Vera, not one. After that, she would never even speak about him to anyone.
I didn't think any amount of money was worth something that would take away what you believed in or what you stood for. I didn't want to do something my parents and daughter couldn't be proud of.
I could really use a corporate sponsor. People think that because you're in the movies, you're rich. I have allocated all my resources to Shambala so the animals will always be safe.
It's going to be very interesting to see somebody playing me.
I can look at myself in the mirror, and I can be proud.
He was such a fabulous drama coach. What better person to have than Alfred Hitchcock? His work as a director was impeccable. I learned so much.
I was under contract with Hitchcock before I even met him. They wouldn't tell me anything about the film, or who was working on it. They had all sorts of excuses as to why they couldn't tell me anything.
Birds I am fine with - spiders are an entirely different matter.
I had to have help getting up these stairs because I've been tackled by so many lions and tigers. Really. I'm like an old football player.

Who is person today and how old is Tippi Hedren age, famous quotes