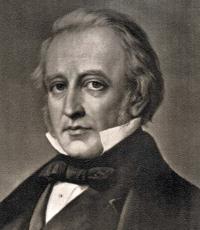 I shall cheerfully bear the reproach of having descended below the dignity of history if I can succeed in placing before the English of the nineteenth century a true picture of the life of their ancestors.
American democracy must be a failure because it places the supreme authority in the hands of the poorest and most ignorant part of the society.
Nothing except the mint can make money without advertising.
And how can man die better than facing fearful odds, for the ashes of his fathers, and the temples of his Gods?
The best portraits are those in which there is a slight mixture of caricature.
The measure of a man's real character is what he would do if he knew he would never be found out.
Your Constitution is all sail and no anchor.
Few of the many wise apothegms which have been uttered have prevented a single foolish action.
Nothing is so galling to a people not broken in from the birth as a paternal, or, in other words, a meddling government, a government which tells them what to read, and say, and eat, and drink and wear.
I would rather be poor in a cottage full of books than a king without the desire to read.
Many politicians are in the habit of laying it down as a self-evident proposition that no people ought to be free till they are fit to use their freedom. The maxim is worthy of the fool in the old story who resolved not to go into the water till he had learned to swim.
There were gentlemen and there were seamen in the navy of Charles the Second. But the seamen were not gentlemen; and the gentlemen were not seamen.
And to say that society ought to be governed by the opinion of the wisest and best, though true, is useless. Whose opinion is to decide who are the wisest and best?
To that class we may leave it to refine the vernacular dialects of the country, to enrich those dialects with terms of science borrowed from the Western nomenclature, and to render them by degrees fit vehicles for conveying knowledge to the great mass of the population.
The English Bible - a book which, if everything else in our language should perish, would alone suffice to show the whole extent of its beauty and power.
Temple was a man of the world amongst men of letters, a man of letters amongst men of the world.
The object of oratory alone in not truth, but persuasion.
A single breaker may recede; but the tide is evidently coming in.
Men are never so likely to settle a question rightly as when they discuss it freely.
Nothing is so useless as a general maxim.

Who is person today and how old is Thomas Babington Macaulay age, famous quotes