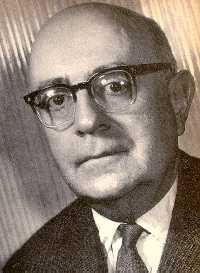 Freedom would be not to choose between black and white but to abjure such prescribed choices.
No emancipation without that of society.
In psycho-analysis nothing is true except the exaggerations.
The first and only principle of sexual ethics: the accuser is always in the wrong.
Thinking no longer means anymore than checking at each moment whether one can indeed think.
The human is indissolubly linked with imitation: a human being only becomes human at all by imitating other human beings.
The hardest hit, as everywhere, are those who have no choice.
An emancipated society, on the other hand, would not be a unitary state, but the realization of universality in the reconciliation of differences.
Love you will find only where you may show yourself weak without provoking strength.
Love is the power to see similarity in the dissimilar.
Quality is decided by the depth at which the work incorporates the alternatives within itself, and so masters them.
Today self-consciousness no longer means anything but reflection on the ego as embarrassment, as realization of impotence: knowing that one is nothing.
All satire is blind to the forces liberated by decay. Which is why total decay has absorbed the forces of satire.
Art is permitted to survive only if it renounces the right to be different, and integrates itself into the omnipotent realm of the profane.
Every work of art is an uncommitted crime.
Wrong life cannot be lived rightly.
In the abstract conception of universal wrong, all concrete responsibility vanishes.
None of the abstract concepts comes closer to fulfilled utopia than that of eternal peace.
In the end, glorification of splendid underdogs is nothing other than glorification of the splendid system that makes them so.
To say 'we' and mean 'I' is one of the most recondite insults.

Who is person today and how old is Theodor Adorno age, famous quotes