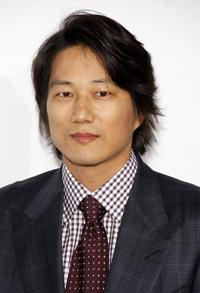 When I did 'Tokyo Drift,' a lot of the philosophy that Han lived by I have actually gone through in my own life. As I got older, I realized that I really believe in those philosophies, like the importance of family.
Prior to 'Tokyo Drift,' the iconic perception of Asians in Hollywood films has been either the Kung Fu guy, the Yakuza guy or some technical genius. It used to be such a joke, to be laughed at rather than with.
Because of economics, you have to feed the demographics that are buying your product. So, as Asia becomes a much more economic influence on the products that are being made from America, I think people have to be sensitive.
When I started acting, I hoped I could make some kind of positive contribution to this world. When I get a letter from some kid in Nebraska saying that, prior to Han, nobody wanted to be his friend because Asians weren't cool if they weren't into martial arts - Now he's accepted and recognized as a human being. That's pretty awesome, right?
It's always on everyone's list, like, 'What's New Orleans like?' I think people have a pre-conceived idea, like it's just Mardi Gras and Bourbon Street. But really, there's so much culture, the music's great, the food's great. It's not good for the waistline! But I'm actually from the South, I'm from Georgia, so the weather doesn't bother me.
My belief system is that you laugh at racism, and that's how it goes away.
Sometimes idealism and all that make believe makes the world a better place.
I've produced before, and sometimes it's by default. In the indie level, you can't just come to set and be like, 'Oh, I'm an actor.' You have to be willing to help out, make the project happen.
Pre-'Tokyo Drift,' I was like: 'Am I gonna play Yakuza #1 and Chinese Waiter #2 for the rest of my life? Is America even ready for an Asian face that speaks English, that doesn't do Kung Fu?'
The more projects you do, the more actors you meet, the more people you meet, it's harder and harder to give your heart and your complete attention or absolute sincerity to that person.
A lot of times, you do independent films for passion because you may even lose money doing one, but it doesn't matter.
I think when we shot 'Tokyo Drift' I was a little too young to really understand what made Han who he is, and then I got older, and you start to make a little bit of money, and you realize that money will never buy you happiness.
On a studio film, you don't have to worry about running out of film or messing up your costumes; you have five other sets of it. Studio films make you the most comfortable so you can just act.
I've actually started to drive slower. I never want to see a news headline that reads, 'The Chinese Guy from 'Fast & Furious' Pulled Over for a Speeding Ticket.'

Who is person today and how old is Sung Kang age, famous quotes