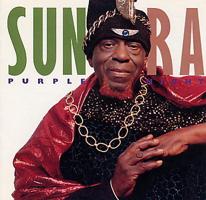 I'm playing dark history. It's beyond black. I'm dealing with the dark things of the cosmos.
Music is a language, you see, a universal language.
And then when I went to Chicago, that's when I had these outer space experiences and went to the other planets.
Today's symphonic music is sponsored by the upper structures of society.
But recently I began to feel that maybe I wouldn't be able to do what I want to do and need to do with American musicians, who are imprisoned behind these bars; music's got these bars and measures you know.
The world is in such a bad condition that if they don't find what you call a redeemer, every man, woman and child on this planet will be eliminated.
What I'm dealing with is so vast and great that it can't be called the truth. It's above the truth.
A prophet is not without honor except in his own country among his own people.
I'm not a minister, I'm not a philosopher, I'm not a politician, I'm in another category.
I use music as a medium to talk to people.
Bach and Beethoven, all of them, they had to write something to please the upper structure, those with money and power.
I see people as they really are from a pure point of view.
Not too many people in America know about me, but all of Europe knows about me.
People have set that up as a standard, not to recognize a prophet in his own country.
It's such a tragedy that man endures in killing his brother and his own kind, putting him in jail and insane asylums, letting him lay out in the street.
I am a musician, but I'm another type of musician.
A world is in danger, this planet is in great danger!
All these other nations seem to appreciate what I'm doing and they want me to play the furthest out things.

Who is person today and how old is Sun Ra age, famous quotes