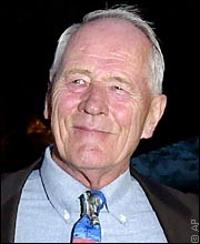 Dams have harmed our wildlife and made rivers less useful for recreation.
The Holocaust was the most evil crime ever committed.
The more sophisticated we get, the more advanced our buildings and vehicles become, the more vulnerable we are.
Eisenhower had the clearest blue eyes. He would fix them on you. In my every interview with him, he would lock his eyes on to mine and keep them there.
The past is a source of knowledge, and the future is a source of hope. Love of the past implies faith in the future.
Writing is not the easiest way to make a living. Your work long hours, usually all by yourself. It is not a way to make money.
In 1945, there were more people killed, more buildings destroyed, more high explosives set off, more fires burning than before or since.
It would not be possible to praises nurses too highly.
Johnson had been the most powerful man in the world, yet the North Vietnamese and the Vietcong had resisted, overcome his power, broken his will.
World War II, the atomic bomb, the Cold War, made it hard for Americans to continue their optimism.
There are many more want-to-be writers out there than good editors.
Even before Watergate and his resignation, Nixon had inspired conflicting and passionate emotions.
I've always tried to be fair to my subjects. That's easy when they are as likable and admirable as Lewis and Clark, or Eisenhower.
In America, Jefferson noted with approval, women knew their place.
Washington's character was rock solid. He came to stand for the new nation and its republican virtues, which was why he became our first President by unanimous choice.
American corporations hate to give away money.
Immigrants do more than help us win our wars, or set up cleaning shops or ethnic restaurants.
It does you no good to see the number two or number three man in the corporation-you have to get through to number one.
The number one secret of being a successful writer is this: marry an English major.
Who today is willing to say that Texas and California and the remainder of the Southwest would be better off if they were governed by Mexico?

Who is person today and how old is Stephen Ambrose age, famous quotes