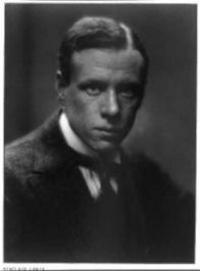 Winter is not a season, it's an occupation.
What is love? It is the morning and the evening star.
Intellectually I know that America is no better than any other country; emotionally I know she is better than every other country.
Damn the great executives, the men of measured merriment, damn the men with careful smiles oh, damn their measured merriment.
He who has seen one cathedral ten times has seen something; he who has seen ten cathedrals once has seen but little; and he who has spent half an hour in each of a hundred cathedrals has seen nothing at all.
When audiences come to see us authors lecture, it is largely in the hope that we'll be funnier to look at than to read.
Advertising is a valuable economic factor because it is the cheapest way of selling goods, particularly if the goods are worthless.
Whatever poet, orator or sage may say of it, old age is still old age.
The middle class, that prisoner of the barbarian 20th century.
Every compulsion is put upon writers to become safe, polite, obedient, and sterile.
Pugnacity is a form of courage, but a very bad form.
There are two insults no human being will endure: that he has no sense of humor, and that he has never known trouble.
Our American professors like their literature clear and cold and pure and very dead.
People will buy anything that is 'one to a customer.'

Who is person today and how old is Sinclair Lewis age, famous quotes