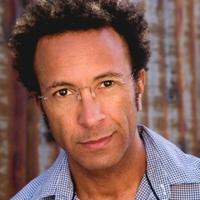 Many cities make music, but no city breathes music quite like Memphis. The songs and sounds that come from here are uniquely American.
Year after year, we see a new crop of musicians who do their best to look tough in lipstick and makeup. Maybe it's a cry for help, an admission of their strong feminine side, or the realization that they don't look so good any other way. Whatever the reason, makeup is as rock n' roll as a Marshall stack.
Schizoaffective disorder is a big mental mash-up of a disease. It combines just about every disorder, from depression, delusions, and paranoia to mania, schizophrenia and hallucinations. My mother bounced between all of these regularly while raising me alone in our Hollywood home.
For years, I've felt like the loneliest brother on the planet. I don't play basketball, I can't dance, and I'd rather listen to Harry Nilsson than hip hop.
Blues became rock, rock became soul, and all of it was colorblind.
My father's very public life as Famous Amos was the opposite of that of his ex-wife, my mother Shirley, who was fighting a very private, solitary battle with mental illness.
From chain gangs to folk songs to intelligent soul, America has created musicians dedicated to truth, justice, and a better American Way.
'Morsel' is a perfect word. Forming those six letters on the lips and tongue prompts an instantaneous physiological reaction. The mouth waters. The lips purse.
Every major summer blockbuster that is released is essentially a product line being launched across multiple verticals. However, the centerpiece of the product launch is a big, beautiful story whose job is to entertain.
When Woodstock ended on Monday morning, over 600 acres of garbage was left behind on Max Yasgur's farm. It took over 400 volunteers and $100,000 to remove it all.
Despite all of our technological advances, content creation still requires time, inspiration, and a certain amount of sweat. There aren't any shortcuts. You can't write an algorithm for it. You can't predict it. You can't code it.
Early 1900s Hollywood was full of farmers battling to hold onto their land against a new influx of filmmakers who dug Hollywood's reliable weather and diverse landscape.
At its best, American music is the soundtrack of our long - and often painful - march toward a more perfect union.
The Woodstock dove on the iconic poster is really a catbird. And it was originally perched on a flute.
Technology has the benefit of being easily scalable. A few weeks or months of coding can result in solutions that reap huge benefits. The global success of Facebook, Twitter, and Google are all triumphs of technology.
Fresh content doesn't exist to game the SEO system. It's the words, images, and stories that truly engage us, make us want to share with others, and creates a bond between us and a brand.
Depending on your political orientation, the Dixie Chicks are either the great defenders of free speech or American traitors.
Social media is social. We're looking to touch one heart at a time. With one great story at a time.
Rock stars should be able to tune their own guitars, apply their own eyeliner, and pick out their own leather pants.
When I started Amos Content Group in 2009, I made a simple bet: our handmade, contextual, and authentic content will stand out in an increasingly information-saturated world.

Who is person today and how old is Shawn Amos age, famous quotes