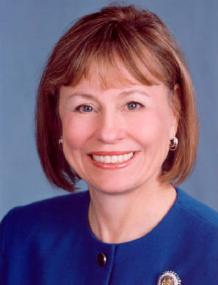 There is a plan and a purpose, a value to every life, no matter what its location, age, gender or disability.
And that's really what's happening in this country is a violation of the First Commandment. We have become a country entrenched in idolatry, and that idolatry is the dependency upon our government. We're supposed to depend upon God for our protection and our provision and for our daily bread, not for our government.
You know, this is a war of ideology, a war of thoughts and of faith. And we need people to really stand for faith and trust, not hope and change.
I'm pro-responsible choice. There is choice to abstain, choice to do contraception. There are all kind of good choices.
I will stand strong to defend people even if I don't agree with them.
You can make more money on unemployment than you can going down and getting one of those jobs that is an honest job, but it doesn't pay as much. And so, that's what's happened to us is that we have put in so much entitlement into our government, that we really have spoiled our citizenry and said you don't want the jobs that are available.
The nation is arming. What are they arming for if it isn't that they are so distrustful of their government? They're afraid they'll have to fight for their liberty in more Second Amendment kinds of ways.
We need to prioritize those expenditures of the federal government in A, B and C priorities... And I believe that on the C priority list are things like the Departments of Education and Energy, and those are the places where we should begin those defunding.
The tenet of the separation of church and state is an unconstitutional doctrine.
I'm conservative, and people know where I stand. They can trust me to do what I say I'm going to do. I'm predictable.
People have always said - those words, 'too conservative,' is fairly relative. I'm sure that they probably said that about Thomas Jefferson and George Washington and Benjamin Franklin.
I still have a great deal of faith in our political system and a great deal of faith in the American people and voter.
I support voluntary personal retirement accounts for Social Security. It should be people's free choice.
I used to gamble when I was young. I'm wiser now.
I'm pro responsible choice. You know, there is choice to abstain, choice to do contraception. There are all kinds of good choices.
I've never been a Sunday-only kind of Christian.
If we can take Harry Reid out, we can take our country back. I'm not here to preach to the choir. I'm here to organize the army.
We need to diversify our economy, and the energy industry would be a great place to begin that diversification.
And we know that once we have a majority that are dependent upon the government, we will lose our freedom; it says we go into bondage. That's the next stage.
Certainly, the job of a U.S. senator is to create a climate conducive to creating jobs, which is lower taxes and less government regulation. What Harry Reid has been doing is putting forward those policies that actually put more regulation on business.

Who is person today and how old is Sharron Angle age, famous quotes