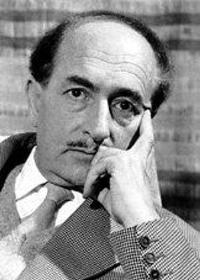 The poet does not fear death, not because he believes in the fantasy of heroes, but because death constantly visits his thoughts and is thus an image of a serene dialogue.
After the turbulence of death, moral principles and even religious proofs are called into question.
At the point when continuity was interrupted by the first nuclear explosion, it would have been too easy to recover the formal sediment which linked us with an age of poetic decorum, of a preoccupation with poetic sounds.
Poetry is the revelation of a feeling that the poet believes to be interior and personal which the reader recognizes as his own.
From the night, his solitude, the poet finds day and starts a diary that is lethal to the inert. The dark landscape yields a dialogue.
We wrote verses that condemned us, with no hope of pardon, to the most bitter solitude.
He passes from lyric to epic poetry in order to speak about the world and the torment in the world through man, rationally and emotionally. The poet then becomes a danger.
In opposition to this detachment, he finds an image of man which contains within itself man's dreams, man's illness, man's redemption from the misery of poverty - poverty which can no longer be for him a sign of the acceptance of life.
The Resistance is a moral certainty, not a poetic one. The true poet never uses words in order to punish someone. His judgment belongs to a creative order; it is not formulated as a prophetic scripture.
A poet clings to his own tradition and avoids internationalism.
Religious power, which, as I have already said, frequently identifies itself with political power, has always been a protagonist of this bitter struggle, even when it seemingly was neutral.
The antagonism between the poet and the politician has generally been evident in all cultures.
Poetry is also the physical self of the poet, and it is impossible to separate the poet from his poetry.
The writer of stories or of novels settles on men and imitates them; he exhausts the possibilities of his characters.
As the poet has expected, the alarms now are sounded, for - and it must be said again - the birth of a poet is always a threat to the existing cultural order, because he attempts to break through the circle of literary castes to reach the center.
Even a polemic has some justification if one considers that my own first poetic experiments began during a dictatorship and mark the origin of the Hermetic movement.
Religious poetry, civic poetry, lyric or dramatic poetry are all categories of man's expression which are valid only if the endorsement of formal content is valid.
Thus, the poet's word is beginning to strike forcefully upon the hearts of all men, while absolute men of letters think that they alone live in the real world.
According to them, the poet is confined to the provinces with his mouth broken on his own syllabic trapeze.
Europeans know the importance of the Resistance; it has been the shining example of the modern conscience.

Who is person today and how old is Salvatore Quasimodo age, famous quotes