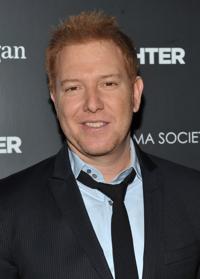 The key is to embrace disruption and change early. Don't react to it decades later. You can't fight innovation.
Most of my ex-girlfriends are still close friends. I guess when you are with someone that long, unless they did something really terrible to you, you remain friends. My real estate business is run by my best friend, who is an ex-girlfriend.
Hollywood is a special place; a place filled with creative geniuses - actors, screenwriters, directors, sound engineers, computer graphics specialists, lighting experts and so on. Working together, great art happens. But in the end, all artists depend on diverse audiences who can enjoy, be inspired by and support their work.
Don't get stuck on a business plan just because it was your business plan.
I think about work 24 hours a day. But when you fly a helicopter, for that hour or two you can't think about anything else.
You look at any industry - you're not innovating unless people are questioning it. If you're innovating, you're doing something nobody's done before, which means you're re-writing rules, resetting boundaries, re-creating systems. And that means the traditional industry is going to question it.
Without audiences, artists would be doing something else, and their creative and technical skills would fall on absent eyes.
Israel is a wonderful place to be an artist - a place where imagination flourishes. Israeli culture is refreshingly avant garde - making films, music, performance art and visual art that continues to push the envelope, inspire and empower.
Never make too good of a deal. It sounds a little counterintuitive, but the deals that are too good of a deal for you in the long run will end up hurting you. A lot of people in our business don't realize that. They think their job is to go in a room and negotiate the highest price.
Nobody has a crystal ball, and part of evolving a business plan is to say, 'I might have said we're going left, but I see the opportunity and we're going right.'
Whether it's running for president or trying to win an Oscar, campaigning is a must and relationships are a big part of that. It's about who you know to rally behind you.
Every movie is like a little company, and any little thing can make it not work.
I don't care about awards. I want to make money. I want to own a business.
To me, an Oscar movie has to have some type of emotional pull.
You know, I think Chris Nolan is an incredibly intelligent filmmaker, and I think Leonardo DiCaprio is an incredibly talented actor.
I definitely do want a family. The idea of being a father and providing the type of love, guidance and support that my parents have given me is definitely down the road.
I really try to focus on organizations, twofold, one that help people and/or beings that don't have other means of help. Particularly if they're hospitalized children, sick children, children that don't have homes, children that can't go to school, you know that's the future of this country and the future of this planet.
If you have a smartphone, you can give content to the world. The days of putting a movie in movie theaters because people don't have a choice is over.
When you look at every studio in the '20s or '30s, from Louis B. Mayer to Jack Warner, you see people who started with one plan and quickly shifted gears to adapt to a changing world. One of my favorite stories is that Walt Disney mortgaged his house to make 'Snow White.' He saw there was a real opportunity to change the world.

Who is person today and how old is Ryan Kavanaugh age, famous quotes