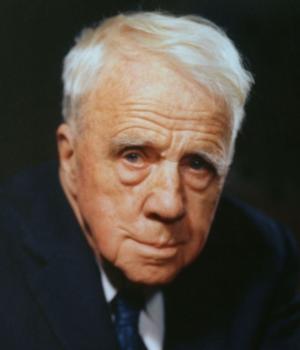 The woods are lovely, dark and deep. But I have promises to keep, and miles to go before I sleep.
In three words I can sum up everything I've learned about life: it goes on.
Two roads diverged in a wood and I - I took the one less traveled by, and that has made all the difference.
Love is an irresistible desire to be irresistibly desired.
The brain is a wonderful organ; it starts working the moment you get up in the morning and does not stop until you get into the office.
Half the world is composed of people who have something to say and can't, and the other half who have nothing to say and keep on saying it.
Home is the place where, when you have to go there, they have to take you in.
Freedom lies in being bold.
You have freedom when you're easy in your harness.
Forgive me my nonsense, as I also forgive the nonsense of those that think they talk sense.
Education is the ability to listen to almost anything without losing your temper or your self-confidence.
Nothing can make injustice just but mercy.
Poetry is when an emotion has found its thought and the thought has found words.
I hold it to be the inalienable right of anybody to go to hell in his own way.
The only certain freedom's in departure.
Don't ever take a fence down until you know why it was put up.
The greatest thing in family life is to take a hint when a hint is intended-and not to take a hint when a hint isn't intended.
A person will sometimes devote all his life to the development of one part of his body - the wishbone.
Thinking isn't agreeing or disagreeing. That's voting.
Always fall in with what you're asked to accept. Take what is given, and make it over your way. My aim in life has always been to hold my own with whatever's going. Not against: with.

Who is person today and how old is Robert Frost age, famous quotes