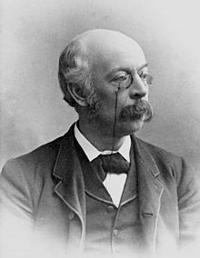 It's just that if you're not disruptive everything seems to be repeated endlessly - not so much the good things but the bland things - the ordinary things - the weaker things get repeated- the stronger things get suppressed and held down and hidden.
I don't know if younger poets read a lot of, you know, the poets - the established poets. There was a lot of pretty boring stuff to sort of put up with and to add to, to make something vital from.
There's one of my new poems actually - is a good example of where my poetry has ended up. My earlier river poetry was more like a cross between Shelley and Dylan Thomas.
Francis Webb is easily our greatest poet and one of the greatest poets in the world but he's hardly ever mentioned.
Well - I started writing - probably in the early 60s and by say '65-'66 I had read most of the poetry that had been published - certainly in the 20 years prior to that.
Well I guess the plan was to write poetry and publish books and make a living from writing poetry. That was a pretty ambitious plan I guess.
He was certainly in a confused state. I used to go and visit him in Callan Park. They were really - to me they were the best poets those two writing in those days but it wasn't very encouraging because, well, they weren't getting far were they?

Who is person today and how old is Robert Adamson age, famous quotes