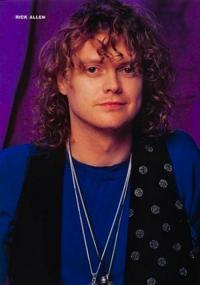 I was happy in Dublin because it is very cosmopolitan.
Before my accident I was a little too... selfish and self-absorbed and for me, to now be at the place where I can kinda give back and inspire people. I'm blessed. I'm really blessed.
Chasing the sensation. Whether it was drugs or sex or whatever. Those things had become my main focus in life.
Thinking about what songs are coming next instead of just relaxing, breathing and playing from my heart. Sometimes it can get to be almost like the enemy.
Some people say that practice makes perfect but I just feel that the repetition works against me and I start thinking too far ahead during a show.
My situation should have been a lot worse. By rights I shouldn't have survived the crash.
Just the same way I'd say a prayer before going onstage, taking that even further and using the drum to inspire people. And using that as a vehicle for the intention.
'Cause I felt I didn't have anything else to prove as a musician... and boy was I wrong about that one.
I prefer the rather old and battered, things with character, to the brand new.
America feels like home as much as it does here. Although it's a strange situation as I feel almost like I'm in no-man's land some of the time, because although I'm a resident, I still can't vote so I don't really have a say in what goes on where I live.
And more importantly, I wouldn't be the person I am today, I wouldn't be where I am now and I may not even have been here if it wasn't for the accident.
But the irony is that because the band isn't the focus any more, it allows me the chance to enjoy being a member of Def Leppard much more.
I have never been one for the over-the-top.
Yes, of course that's true but you know, the irony of all that is that before the accident, I'd pretty much lost interest in playing drums.
But it's funny that now I'm in such a happy situation, I look more objectively at my own past and see what others have seen for a long time and I'm just so glad I've been able to get to this point.
I think all of those things, but certainly the booze really brought out the really unreasonable side of me, and I just didn't want to revisit that place again.
I think at that time I obviously wasn't aware of what I really needed. But conversely, my wanting to prove something to everyone was beneficial 'cause if I hadn't done it then, maybe I'd never have done it.
I think my perception of my own life is different and the fact that Lauren and myself are together. I've never felt this free or happy and so that permeates onto my onstage persona and to my working environment.
We're probably doing better business than we thought we would do especially considering the disappointing way the record company has handled the album.
But I think that the most important thing was to really stop drinking.

Who is person today and how old is Rick Allen age, famous quotes