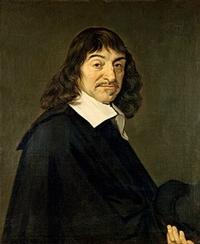 If you would be a real seeker after truth, it is necessary that at least once in your life you doubt, as far as possible, all things.
I hope that posterity will judge me kindly, not only as to the things which I have explained, but also to those which I have intentionally omitted so as to leave to others the pleasure of discovery.
Divide each difficulty into as many parts as is feasible and necessary to resolve it.
It is not enough to have a good mind; the main thing is to use it well.
Except our own thoughts, there is nothing absolutely in our power.
Common sense is the most fairly distributed thing in the world, for each one thinks he is so well-endowed with it that even those who are hardest to satisfy in all other matters are not in the habit of desiring more of it than they already have.
Each problem that I solved became a rule, which served afterwards to solve other problems.
One cannot conceive anything so strange and so implausible that it has not already been said by one philosopher or another.
It is only prudent never to place complete confidence in that by which we have even once been deceived.
The greatest minds are capable of the greatest vices as well as of the greatest virtues.
The reading of all good books is like a conversation with the finest minds of past centuries.
A state is better governed which has few laws, and those laws strictly observed.
Perfect numbers like perfect men are very rare.
I think; therefore I am.
Illusory joy is often worth more than genuine sorrow.
The senses deceive from time to time, and it is prudent never to trust wholly those who have deceived us even once.
When it is not in our power to follow what is true, we ought to follow what is most probable.
Whenever anyone has offended me, I try to raise my soul so high that the offense cannot reach it.
I am accustomed to sleep and in my dreams to imagine the same things that lunatics imagine when awake.
Nothing is more fairly distributed than common sense: no one thinks he needs more of it than he already has.

Who is person today and how old is Rene Descartes age, famous quotes