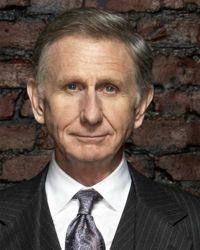 I would hardly call myself an artist in that sense; I doodle, I draw, I'm not a trained artist, I couldn't sit down and do an accurate portrait of anyone.
And my father, being a good Swiss puritan, always really insisted that if I was going to be an actor, I shouldn't just be an actor, I should know about the whole process.
And so I've always been fascinated by the technical end of theater, and a lot of my closest friends are not actors, but in the other end of the business.
How many times can you put together 26 different stories without running out?
I came out of repertory theater, where I worked 50 weeks a year, and I loved working with the people.
I did a voice for Odo, but people don't recognize you by your voice.
I don't really think of Odo as a heroic lead, but that's nice if you do.
I just wait for something to present itself, and then I consider it.
I love the fact that it's not only about Star Trek, but about science fiction in general, and science.
I really do the conventions now for two reasons.
I'm never going to retire.
If you do your job properly you usually learn a lot from any role you do.
It always takes awhile to find out who the characters are.
The best scene is the last great scene I did.
At this point we've answered about every question you could possibly imagine about Deep Space Nine, so we do this thing called Theatrical Jazz, where we do a show of bits and pieces of things from plays and literature, poetry... stuff that we like. It's fun.
I worked with my son when he was much younger; we did L.A. Law together, where I played his father and he played a kid who was suing his father for alienation of affection or something. It was great.
My daughter is here in town doing a play, and her dog is staying with us. We live up in the hills, so he has access to thousands of acres of wilderness.
The mask of the character was already written into the show, but I actually lobbied for a denser and more complete mask than they initially considered.
They've got to deliver twenty-six episodes a season and they're not going to beat their heads up against a wall if they feel something didn't, like, pan out the way they had hoped.

Who is person today and how old is Rene Auberjonois age, famous quotes