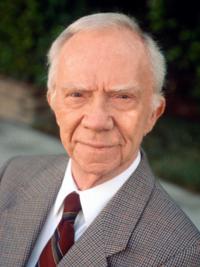 I feel that the thing that probably aided me the most in that scene with the dog was the utilization and using an actual recreation, affective memory, if you want to call it, of pain.
I don't watch television.
I should have been trying to build a career, rather than leaving it in the hands of somebody else.
But I would like to think that it's the actor that makes the difference in these cases. Not the director, not the guy that wrote the book, not the guy that adapted it for the screen, but the actor.
You could walk the streets, no matter how hungry people were, not matter how long they'd been out of jobs, you could walk the streets, you could ride the subways in New York, and you would not get knocked in the head.
I didn't study acting.
I don't see all the movies that come out.
I have worked with some very great directors.
I love going on location, and the location was nice.
I was very conscious of the actor; watched what he did.
Talent will come out.
I suppose when I was a kid, and I went to movies, and later went to some plays on my own when I got a little older, in New Orleans, where I was living then, I zeroed in on the actor.
I've often wondered, when they've done Of Mice And Men on stage, and I've seen it, how they did that gun thing. I've watched it on stage, but I don't remember it.
If it's not in New York, let's say it's in St. Louis, then they've got to find a place or get with someone who knows about the work... they've got to find a place like that and do scenes, and then try to get in plays.
If they're working in a workshop somewhere, where there is, let's say, uh... only twenty people, or something like that, that's still, when they work and do a scene, that's still working in front of somebody.

Who is person today and how old is Ray Walston age, famous quotes