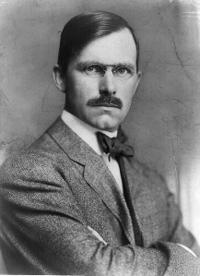 Talk of joy: there may be things better than beef stew and baked potatoes and home-made bread - there may be.
The streets and alleys of the ward were notoriously filthy, and the contractors habitually neglected them, not failing, however, to draw their regular payments from the city treasury.
And no book gives a deeper insight into the inner life of the Negro, his struggles and his aspirations, than, The Souls of Black Folk.
Looking back, I have this to regret, that too often when I loved, I did not say so.
One of the points in which I was especially interested was the Jim Crow regulations, that is, the system of separation of the races in street cars and railroad trains.
In the beginning I thought, and still think, he did great good in giving support and encouragement to this movement. But I did not believe then, and have never believed since, that these ills can be settled by partisan political methods. They are moral and economic questions.
It is not short of amazing, the power of a great idea to weld men together. There was in it a peculiar, intense, vital spirit if you will, that I have never felt before in any strike.
Goodness is uneventful. It does not flash, it glows.
Measured by any standard, white or black, Washington must be regarded today as one of the great men of this country: and in the future he will be so honored.
A mob is the method by which good citizens turn over the law and the government to the criminal or irresponsible classes.
But steel bars have never yet kept out a mob; it takes something a good deal stronger: human courage backed up by the consciousness of being right.
A few years ago no hotel or restaurant in Boston refused Negro guests; now several hotels, restaurants, and especially confectionary stores, will not serve Negroes, even the best of them.
The very first time I was on a car in Atlanta, I saw the conductor - all conductors are white - ask a Negro woman to get up and take a seat farther back in order to make a place for a white man. I have also seen white men requested to leave the Negro section of the car.
A large volume of adventures may be grasped within this little span of life, by him who interests his heart in everything.
Every argument on lynching in the South gets back sooner or later to the question of rape.
At first everyone predicted that it would be impossible to hold these divergent people together, but aside from the skilled men, some of whom belonged to craft unions, comparatively few went back to the mills. And as a whole, the strike was conducted with little violence.
The discrimination is not made openly, but a Negro who goes to such places is informed that there are no accommodations, or he is overlooked and otherwise slighted, so that he does not come again.

Who is person today and how old is Ray Stannard Baker age, famous quotes