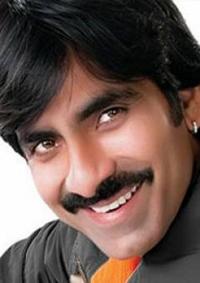 I've struggled a lot to get where I am. I initially got rejected by every producer. But no complaints. I enjoyed each and every moment of the struggle. My first break came in 1997 from Krishna Vamsi and then Puri Jagannadh, who is my closest friend. I owe everything I am to him. Our careers have evolved simultaneously.
I haven't got an opportunity to experiment with the dimensions of my moustache much. But yes, if the role demands, I'm ready to shave it off. I feel it's good to have moustaches for South films, but I'd love to remove my moustache; why not?
When I came to the industry, many directors like Krishna Vamsi and Puri Jagannath had encouraged me a lot. Krishna Vamsi is my mentor, and I admire him. That's why I give chances to new directors.
Telugu-Tamil producer Thyagarajan has bought the South Indian language rights for two Hindi hit films, Vikas Behl's 'Queen' and Neeraj Pandey's 'Special 26.' He wants me to play Akshay Kumar's role in the Telugu version of 'Special 26.' Akshay and I even look similar, physique-wise.
Audiences like me doing action and comedy. I am a jovial person and have been so from childhood. I like to laugh my way through my work, and that attitude reflects in my roles. Even women hate me doing rona-dhona roles. So I don't do emotional films.
I seek speed, clarity, and a practical approach in people I mingle and work with. I can't see myself working in films that stretch beyond maximum four months.
I can't work with people who aren't fun loving. I don't encourage such people.
'Special 26' was a raw, real film.
Comparison is a disease. I never felt any competition, since I never compared myself to others. I only focus on my work. I never feel pressurised and do films in my style. Also, I'm very active since childhood, and that gives me the edge to always put my best.
I always put in my 100 percent. Once the film is over, I look at my next, because then it's up to the audience to decide my fate.
I cannot handle dull, lazy, morose people. I have been like that since childhood.
I did a fantastic emotional film, 'Autograph.' But the audiences rejected me in it. They like to see me laughing and fighting.
I don't take myself seriously. Others should take me seriously, I don't.
I'm shy by nature and don't like talking about myself, and would let my films do the talking.
Lot of work can be completed by 7 A.M.; people who wake up at 10 and 11 don't know what they are missing.
We all do films believing in them completely, but sometimes, the audiences like what we like, and other times, they don't.
I don't attend parties. After the day's shoot, I go home and spend time with my family. I never take my work home, and neither do I involve my family in work.
I experimented with different roles, but they didn't work, despite being fantastic films like 'Naa Autograph,' 'Sambo Siva Sambo,' 'Neninthe'... etc. I was very satisfied doing those roles. Had those films worked for me, I perhaps would not have tried anything different further. I like to experiment once in a while if it works.
I just trust the director and never overanalyse the script, screenplay, etc. You are just taking a bet at the end of the day, so confidence, be it on the filmmaker or the script, is all that counts.
I want to do Hindi films, but a proper one and a good production. I'm even open to multi-starrers because those work better in Bollywood. But it should be with only Bollywood technicians, not the South Indian team. There's no point to my going to Bollywood if I work with the same artistes and technicians.

Who is person today and how old is Ravi Teja age, famous quotes