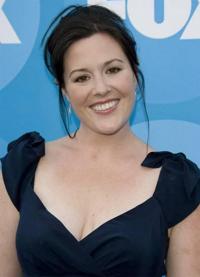 I don't think that I could have survived in my family without a naughty sense of humor; yeah, absolutely. I think my brother and I both get our senses of humor from our parents. I mean, my mother was absolutely hilarious and foul. She had the most ridiculously off color sense of humor, so that was sort of what we grew up with.
I grew up, obviously, watching tons of animation; Saturday morning cartoons or anything that we could get our hands on. And then when 'The Simpsons' premiered, that just kind of changed the landscape of everything. We hadn't had prime time animations since 'The Flintstones.'
I started in theatre. I went to the Boston Conservatory and majored in musical theater.
I was the kid at six who was like, 'I want to be in a jazz club.' I was never the pop kid, ever. I mean that's not true, I had a couple years where I wanted to be Tiffany and Debbie Gibson, but aside from that, no.

Who is person today and how old is Rachael MacFarlane age, famous quotes