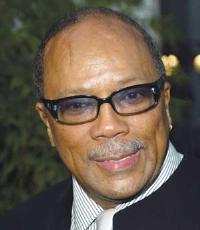 I met Ray Charles at 14, and he was 16. But he was like a hundred years older than me.
I believe in astrology as much as I do in genetics.
I'm probably the only one in the world you can name that's worked with Billie Holiday, Louie Armstrong, Ella, Duke, Miles, Dizzy, Ray Charles, Aretha, Michael Jackson, rappers. 'Fly Me to the Moon' was played on the moon by Buzz Aldrin. Sinatra. Paul Simon. Tony Bennett. I'm the only one.
I was raised in Chicago and I guess that was one of the special breeding grounds for gangsters of all colors. That was the Detroit of the gangster world. The car industry was thugs.
I lost my mother when I was 7 and they put her in a mental hospital. My brother and I watched her being taken away in a strait jacket. That's something you never forget. And my stepmother was like in the movie 'Precious.' I couldn't handle it. So I said to myself, 'I don't have a mother. I don't need one. I'm going to let music be my mother.'
We were in the heart of the ghetto in Chicago during the Depression, and every block - it was probably the biggest black ghetto in America - every block also is the spawning ground practically for every gangster, black and white, in America too.
Every day, my daddy told me the same thing. 'Once a task is just begun, never leave it till it's done. Be the labour great or small, do it well or not at all.'
I tell my kids and I tell proteges, always have humility when you create and grace when you succeed, because it's not about you. You are a terminal for a higher power. As soon as you accept that, you can do it forever.
It's amazing how much trouble you can get in when you don't have anything else to do.
Seattle is like a global gumbo, a melting pot with all kinds of people - the rich, the poor, white people, some Chinese, Filipino, Jewish and black people - they're all here.
I got in the school band and the school choir. It all hit me like a ton of bricks, everything just came out. I played percussion for a while, and stayed after school forever just tinkering around with different things, the clarinets and the violins.
I didn't understand key signatures or anything, you know. I'd say silly things at the top of a trumpet part like, 'Note, when you play B naturals, make the B naturals a half step lower because they sound funny if they're B naturals.' And some guy said: 'Idiot, just put a flat on the third line and it's a key signature, you know?'
Frank Sinatra took me to a whole new planet. I worked with him until he passed away in '98. He left me his ring. I never take it off. Now, when I go to Sicily, I don't need a passport. I just flash my ring.
I was reading Omar Khayyam, Kahlil Gibran, Rumi, L. Ron Hubbard, all sorts of philosophy. Bebop cats are like that. Curious. I wanted to know about everything.
Without the Fender bass, there'd be no rock n' roll or no Motown. The electric guitar had been waiting 'round since 1939 for a nice partner to come along. It became an electric rhythm section, and that changed everything.
Playing the game, and unfortunately, playing the gangster game is very profitable.
You make your mistakes to learn how to get to the good stuff.
I believe that a hundred years from now, when people look back at the 20th century, they will look at Miles, Bird, Clifford Brown, Ella and Dizzy, among elders as our Mozarts, our Chopins, our Bachs and Beethovens.
I've never been bored in my life, man. I've never been bored or lonely. Are you kidding? No way! I'm an orchestrator, a musician, a producer. I love everything. I've studied languages from Farsi to Greek to French, Swedish, Russian... How can you get bored?
I have all the tools and gadgets. I tell my son, who's a producer, 'You never work for the machine; the machine works for you.'

Who is person today and how old is Quincy Jones age, famous quotes