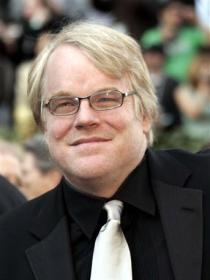 I know I wasn't as handsome as some other guys, but I was OK with that.
The only true currency in this bankrupt world is what you share with someone else when you're uncool.
You know the circus performer who spins the plates in the air you know, and he'll spin six or seven plates in the air? Acting sometimes is kind of that guy spinning all those plates in the air but in your head and in your body.
I know some really great actors who are pretty judgmental people, pretty critical people. But they're great actors. When they're acting, that's the craft.
I had insecurities and fears like everybody does, and I got over it. But I was interested in the parts of me that struggled with those things.
Sometimes I have a great day of filming and sometimes the theater strikes me better. It just depends.
The film is made in the editing room. The shooting of the film is about shopping, almost. It's like going to get all the ingredients together, and you've got to make sure before you leave the store that you got all the ingredients. And then you take those ingredients and you can make a good cake - or not.
No one wants to be pretentious about what they do or take it seriously, because that is just weird.
Creating something is all about problem-solving.
Life's pretty funny when you're objectively on the outside looking at it.
People actually live with their id exposed. They're not good at concealing what's going on inside.
In life, do you ever really know if you're missing an opportunity? No, you really don't.
There's nothing risky in talking about your personal life. People do it all the time.
Vanity is something that will only get in the way of doing your best work, and ultimately if you're truly vain you care more about your work than how you look in your work. I actually consider myself a pretty vain guy when it comes to that.
I didn't go out looking for negative characters; I went out looking for people who have a struggle and a fight to tackle. That's what interests me.
It's important to say that actors can't act alone, it's impossible. What we have to do is support each other.
My soul is in good shape.
To be fair to my dad, he is one of the brightest men I've ever met.
I think I'm less anonymous than I was.
I've worked with a lot of characters that are unhinged. I've played characters that are unhinged. That's, like, my job.

Who is person today and how old is Philip Seymour Hoffman age, famous quotes