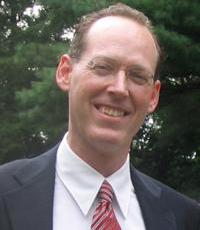 You can't have public health without working with the public sector. You can't have public education without working with the public sector in education.
The essence of global health equity is the idea that something so precious as health might be viewed as a right.
Since I do not believe that there should be different recommendations for people living in the Bronx and people living in Manhattan, I am uncomfortable making different recommendations for my patients in Boston and in Haiti.
The thing about rights is that in the end you can't prove what should be considered a right.
The biggest public health challenge is rebuilding health systems. In other words, if you look at cholera or maternal mortality or tuberculosis in Haiti, they're major problems in Haiti, but the biggest problem is rebuilding systems.
I can't think of a better model for Haiti rebuilding than Rwanda.
I think we will see better vaccines within the next 15 years, but I'm not a scientist and am focused on the short-term - what will happen in the interim.
If any country was a mine-shaft canary for the reintroduction of cholera, it was Haiti - and we knew it. And in retrospect, more should have been done to prepare for cholera... which can spread like wildfire in Haiti... This was a big rebuke to all of us working in public health and health care in Haiti.
For me, an area of moral clarity is: you're in front of someone who's suffering and you have the tools at your disposal to alleviate that suffering or even eradicate it, and you act.
The human rights community has focused very narrowly on political and civil rights for many decades, and with reason, but now we have to ask how can we broaden the view.
What the American public thinks is very important to the future of global health. Many people are moved by the idea that there is unnecessary suffering in the world, and we could do a lot to stop it. We have the technologies necessary to stop most of the suffering.
We have to design a health delivery system by actually talking to people and asking, 'What would make this service better for you?' As soon as you start asking, you get a flood of answers.
Civil and political rights are critical, but not often the real problem for the destitute sick. My patients in Haiti can now vote but they can't get medical care or clean water.
But as for activism, my parents did what they could, given the constraints, but were never involved in the causes I think of when I think of activists.
You can't have public health without a public health system. We just don't want to be part of a mindless competition for resources. We want to build back capacity in the system.
If you look at people who seek a lot of care in American cities for multiple illnesses, it's usually people with a number of overwhelming illnesses and a lot of social problems, like housing instability, unemployment, lack of insurance, lack of housing, or just bad housing.
I mean, everybody should have access to medical care. And, you know, it shouldn't be such a big deal.
Haiti is always talking about decentralization and nothing has been so obvious, perhaps a weakness, as the centralized nature of Haitian society as being revealed by the earthquake. I mean, they lost all these medical training programs because they didn't have them anywhere else.
The only way to do the human rights thing is to do the right thing medically.
In fact, it seems to me that making strategic alliances across national borders in order to treat HIV among the world's poor is one of the last great hopes of solidarity across a widening divide.

Who is person today and how old is Paul Farmer age, famous quotes