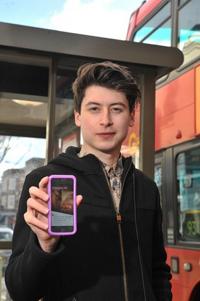 My motivation has always been to do technology apps and companies, not making money. Just because the money's come, nothing's changed.
I like playing sport. I'm a bit of a design enthusiast, and like spending time with my girlfriend and mates.
I put together an iPhone app called TrimIt and released that in July 2011. About a month later, the private fund of the Hong Kong billionaire Li-Kashing cold emailed me and expressed an interest to invest, but they didn't realize I was 15. They thought it was a U.K. company with a team.
I was using Twitter a lot on my phone, and was realising there was a massive gap between the link on the tweet and the full story. If you could come up with a summary layer to show in Twitter, that would be awesome.
There is a generation of skimmers. It's not that they don't want to read in-depth content, but they want to evaluate what the content is before they commit time. Especially on a mobile phone - you don't have the phone, or cellular data, or screen size to be reading full-length content.
Yahoo to me, as the founder of a company, is one of the biggest opportunities you could have; it's one of those classic Internet companies.
I thought of the idea of Summly in March or April 2011. I was 15 years old and I was revising for some kind of history exam. The problem was I was trying to find information that was useful to me. When you type into Google an esoteric term, you get quite a lot of stuff that's not relevant.
It's the scale that Yahoo brings - and that user base - that I really want to build products for.
My first app was released in July or August of 2008. It was a 'fingermill' - a treadmill for your fingers. My level of programming was quite basic to begin with, so it was more gimmicky to start with. Day one it was up there, I had 79 pounds worth of revenue.
One thing I'd like to do is angel investing in small companies. That's what's exciting, and if you are lucky to have a bit of money, you can take those risks.
The App Store has democratized the creation of content. As a 12-year-old kid, I was able to put my application on the store. No one knows who's behind the screen so you can't tell I'm a 12-year-old.

Who is person today and how old is Nick D'Aloisio age, famous quotes