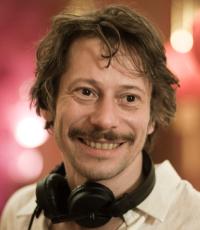 The body is something absolutely miraculous. It's amazing, the five senses.
Cannes is a circus, so you have to have fun with it. Everything suddenly becomes funny. And the promotion of a movie - that's where you really need to be a good actor. You need to make journalists believe that what you're saying is just for them and you've never said it before, even when you're talking about the same film over and over again.
Sometimes with anger you can be much more dangerous than with skill.
There is the melancholy of Europe. There is the romantic malaise. Feeling sad is almost a form of deepness.
Acting is about animality. It's great to be allowed to be animal. But I feel more alive as a director. Every morning, I have to write.
Arnaud Desplechin invented me as an actor. I never imagined I'd be acting in movies.
I don't want to be a star!
I first started working in film when I was 17. I was a director's assistant, an editor.
I keep meeting directors that are so irresistible. I only do irresistible films, because I don't need to act to feel myself alive.
I'm always intrigued when you are travelling through a place and there is somebody who has lived there and done the same job for years.
If you approach Cannes with a sense of humor, nothing is that bad. You have to take it for what it is; otherwise, it's silly.
If you love movies, then you love America.
My life as an actor has submerged me completely because I don't know why.
Being an actor only came about because Arnaud Desplechin, the guy who did 'Kings and Queen', had this curious idea to think that I could be an actor, but I had never acted before, and I was supposed to direct my own film!

Who is person today and how old is Mathieu Amalric age, famous quotes