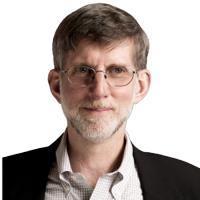 Passover and Easter are the only Jewish and Christian holidays that move in sync, like the ice skating pairs we saw during the winter Olympics.
More people need to understand the games secular liberals play. Here's one rule-of-thumb: No matter how bad a story sounds - particularly if it sounds bad - recognize the pattern of defamation.
But to understand what it means to be strong and courageous, Christians should look to the person of Christ.
I grew up Jewish, became an atheist and a Marxist, and 28 years ago, at age 26, became a Christian.
Many American Muslims are peaceful and define jihad primarily as an internal struggle to improve.
On sensitive issues, talk isn't cheap - it takes real courage to pry open topics nailed shut.
Philanthropic humility is necessary if a giver is to do more good than harm, but it is not sufficient - philanthropic prudence is also needed.
Baseball needs to put the steroids era behind it by having and enforcing tough rules against all kinds of artificial advantages, so that spring can return.
Those who believe in the importance of serving others should lead the way by fighting against the temptation we all have, and maybe especially as we age, to close in upon ourselves.
And yet, those who speak loudly and call anyone who disagrees with them a wimp often do a disservice to the cause they are promoting.
I don't know the right number of immigrants to let in.
Today, unless women gain jobs and athletic scholarships commensurate with their percentage of the population, feminists scream discrimination.
Epidemics historically have tended to kill the very young and the very old, but AIDS is different: Those ages 20 to 40 are most affected, which means that so far over 12 million African children have been orphaned because of AIDS.
Most organizations should be pro-active, but philanthropists concerned with poverty should deliberately be reactive, learning from the efforts of ordinary folks who tired of looking the other way as their communities fell apart.
Since governmental quotas expand bureaucratic power, provoke a backlash and are unfair to individuals, we need to find a better way to increase minority opportunities.
A job should employ God-given talents in a way that glorifies Him.
Materialist philosophies that treat human beings as machines or animals possess the high ground in our culture - academia, the most powerful media and many of our courts.
The holy land was supposed to be spotless, a serious equivalent of Disneyland in which not a single candy wrapper is to stay on the ground for more than a few minutes.
I still favor alternatives to governmental race-based preferences.
It starts this way: The worth of a job is not defined by what it allows you to do when you're not working.

Who is person today and how old is Marvin Olasky age, famous quotes