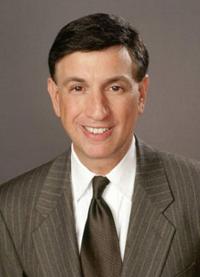 There's a fine line between physical and thug ball, and the Knicks have crossed the line on occasion.
It's impossible to work under conditions where they confused negativity with objectivity. You can't fool the fans.
As much as I enjoy TV, I've always loved radio. And I love doing the NFL games, the Monday night games, on radio. Because you are the game. I really enjoyed calling basketball and hockey on the radio, but the presentation is more specific - you're talking all the time.
In radio, you are the game, so to speak - you have to describe every aspect. In TV, I've always felt less is more, and it's really a question of my setting up the color analyst more than anything else.
Game calls can't be just, 'Oh, by the way,' as part of a larger discussion.
I was a Knicks fan of the Kenny Sears-Carl Braun-Jim Baechtold vintage. I was even their ball boy when I was a teenager.
I would never scream at my kids, never raise my voice. But as they often tell me, they were so well behaved that screaming was not necessary.
In 1957, I was a 16-year-old office boy for the Dodgers.
My on-the-court game was ordinary. I had a jumper but needed screens. I could go right but not left.
My strong game was ping pong. Relentless... steady.
There are people in New York who feel I should have more of a hometown approach. I feel we have to be a mirror and reflect what's happening on the court.
To me, doing the Olympics in 1992 in Barcelona for NBC, just seeing the Dream Team take the floor, was a thrill for me. I don't think there was another team in any sport with that high level of athletes playing together.

Who is person today and how old is Marv Albert age, famous quotes