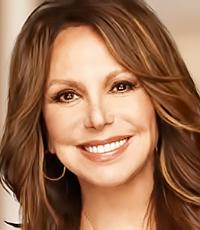 Laughter is important, not only because it makes us happy, it also has actual health benefits. And that's because laughter completely engages the body and releases the mind. It connects us to others, and that in itself has a healing effect.
When I look back at those pictures of my mother performing - and listen to her recordings - it makes me sad to think that all of that joy she found in her work came to an end. I wish she hadn't had to make that sacrifice, even if it was for the benefit of my father and siblings and me.
I don't think homosexuality is a choice. Society forces you to think it's a choice, but in fact, it's in one's nature. The choice is whether one expresses one's nature truthfully or spends the rest of one's life lying about it.
My father said there were two kinds of people in the world: givers and takers. The takers may eat better, but the givers sleep better.
One of the many reasons I love living in New York is that we get a front row seat to the innumerable thrills that take place here - from conventions and awards shows, to parades and U.N. assemblies. But my favorite New York tradition is the annual New Year's Eve ball-drop on Times Square.
For me, it's the unexpected and surprising combinations of produce that are the most exciting and lure me into the kitchen for a little bit of experimenting. Apples and sweet potatoes together? Who knew? Carrots with grapes? Okay. I may not be Julia Child, but I can do pretty well with a simple recipe and a lot of enthusiasm.
We've been taught to believe that actions speak louder than words. But I think words speak pretty loud all of our lives; we carry these words in our head.
I've always been a champion of kids pursuing their dreams. But sometimes in life, extraordinary circumstances may force us to temporarily put our dreams on hold. The most important thing is to never lose sight of that dream, no matter what punches life may throw in our way.
My mother was a strong-willed and opinionated woman - a Sicilian! - and if she didn't like something, she'd let you know about it. So her undying support of her kids went a long way in proving to us that we were on the right path.
When I was growing up, my mother was always a friend to my siblings and me (in addition to being all the other things a mom is), and I was always grateful for that because I knew she was someone I could talk to and joke with, and argue with and that nothing would ever harm that friendship.
Never face facts; if you do you'll never get up in the morning.
One of the things about equality is not just that you be treated equally to a man, but that you treat yourself equally to the way you treat a man.
So I still seized the power, but I felt that if I officially made myself the boss, in black and white, it would be too intimidating for the other producers and the other men who worked on the show. In other words, I had the power, but I gave them the title.
The rejection that we all take and the sadness and the aggravation and the loss of jobs and all of the things that we live through in our lives, without a sense of humor, I don't know how people make it.
Despite our ever-connective technology, neither Skype nor Facebook - not even a telephone call - can come close to the joy of being with loved ones in person.
In the 1960s we were fighting to be recognized as equals in the marketplace, in marriage, in education and on the playing field. It was a very exciting, rebellious time.
Fame lost its appeal for me when I went into a public restroom and an autograph seeker handed me a pen and paper under the stall door.
In my work, there's a tremendous amount of rejection and waves of fertile and fallow times.
We are a research center and treatment facility all under one roof.
I think loss of loved ones is the hardest blow in life.

Who is person today and how old is Marlo Thomas age, famous quotes