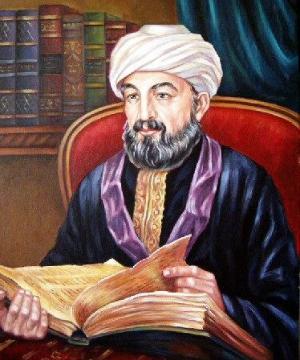 Give a man a fish and you feed him for a day; teach a man to fish and you feed him for a lifetime.
One should see the world, and see himself as a scale with an equal balance of good and evil. When he does one good deed the scale is tipped to the good - he and the world is saved. When he does one evil deed the scale is tipped to the bad - he and the world is destroyed.
The risk of a wrong decision is preferable to the terror of indecision.
He, however, who begins with Metaphysics, will not only become confused in matters of religion, but will fall into complete infidelity.
Be convinced that, if man were able to reach the end without preparatory studies, such studies would not be preparatory but tiresome and utterly superfluous.
You must accept the truth from whatever source it comes.
Consequently he who wishes to attain to human perfection, must therefore first study Logic, next the various branches of Mathematics in their proper order, then Physics, and lastly Metaphysics.
To the totality of purposes of the perfect Law there belong the abandonment, depreciation, and restraint of desires in so far as possible.
Further, there are things of which the mind understands one part, but remains ignorant of the other; and when man is able to comprehend certain things, it does not follow that he must be able to comprehend everything.
Now, we occupy a lowly position, both in space and rank in comparison with the heavenly sphere, and the Almighty is Most High not in space, but with respect to absolute existence, greatness and power.
Teach thy tongue to say 'I do not know', and thou shalt progress.
You will certainly not doubt the necessity of studying astronomy and physics, if you are desirous of comprehending the relation between the world and Providence as it is in reality, and not according to imagination.
Do not imagine that what we have said of the insufficiency of our understanding and of its limited extent is an assertion founded only on the Bible: for philosophers likewise assert the same, and perfectly understand it,- without having regard to any religion or opinion.
No disease that can be treated by diet should be treated with any other means.
While one man can discover a certain thing by himself, another is never able to understand it, even if taught by means of all possible expressions and metaphors, and during a long period; his mind can in no way grasp it, his capacity is insufficient for it.
Anticipate charity by preventing poverty.
How individuals of the same species surpass each other in these sensations and in other bodily faculties is universally known, but there is a limit to them, and their power cannot extend to every distance or to every degree.
If a person studies too much and exhausts his reflective powers, he will be confused, and will not be able to apprehend even that which had been within the power of his apprehension. For the powers of the body are all alike in this respect.
The whole object of the Prophets and the Sages was to declare that a limit is set to human reason where it must halt.
All this is applicable to the intellectual faculties of man. There is a considerable difference between one person and another as regards these faculties, as is well known to philosophers.

Who is person today and how old is Maimonides age, famous quotes