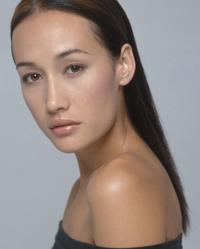 When people go through tragic circumstances, it's not that there is no love there, but it's so hard to deal with and sometimes the gap starts to happen.
I'm just totally into being strong. There's something about wanting to get a jar or whatever out of a high cupboard, or moving a sofa over because my dog's bone rolled under it, and not having to call anyone for help. There's comfort in that.
Facebook? I have no clue about it. MySpace, none of that. I'm the worst.
I don't know how people box for a living. I don't know how they can just hurt people for a living and be OK with it.
I've gotten used to the point where I'm so used to being sweaty! I like to wear less makeup and be tougher!
Not only do I not want to be stereotyped as this Asian girl who fights - gee, what a wonder - but also I have more to offer than that.
You're asked, 'Do you know kung-fu?' Yeah. That's what we do. We wake up, we brush our teeth, we do kung-fu!
Audiences are so much more sophisticated than they've ever been. They expect a lot more. I don't think because it's an hour of your Thursday night rather than an hour and a half of your weekend that you should be gypped at all in quality.
I don't think you can be successful in television without appealing to women. I don't think it's possible. I think that men like women. It doesn't really matter what they do - they love anything. But women don't necessarily like every woman, so I think that's a challenge to get the female audience to not only relate to you but also like you.
I enjoy privacy. I think it's nice to have a little mystery. I think because of technology a lot of the mystery is gone in life, and I'd like to preserve some of that.
I'm not a wushu champion. I was an athlete when I was a kid. I was a swimmer and a runner, but all this action stuff is such a challenge. It really, really is.
I, Maggie, personally cannot tell you that you're going to save the planet. But what I do know is that we can draw a line to an issue that can conserve what we already have and what's left in a way that we can actually breathe the air, drink the water, actually grow things in soil - that matters in a real, practical way.
It's just cool for a girl to be able to do her own thing. I do a lot of movies, and I'm very lucky, and I'm not complaining. But in movies, alongside big action men, we've always got to take a step back and let the men shine.
My manager's biggest dream is for me to be on Letterman. She says, 'Oh, Maggie, will you promise me you'll be on 'Letterman?' What can I say? I just tell her I can't promise, but I'll try my best.
Our choices are going to determine the future for our children, our children's children, and their children. I take that responsibility very seriously.
The CW is a very fashion-oriented network and they like their stars to look a certain way. I like that, but at the same time, I need Nikita to be toned down a bit. You can't draw too much attention to Nikita because she's an assassin.
There was a time where I thought I could only date vegans. I was wrong because I was missing the fact that somebody should be right for me first, instead of just having similar values.
I love shooting guns. Not at people or animals, but I love shooting blanks!
The 1970s 'Wonder Woman' was sort of a kitsch thing. It was a very specific time for that, and it's hard to modernize something like that.
There's so many issues tied to the meat industry. I mean, social, environmental, humanitarian - all of them. I know that when I'm eating that I'm not hurting the planet, I'm not hurting other people on this planet, I'm not hurting animals... and I'm not hurting nature.

Who is person today and how old is Maggie Q age, famous quotes