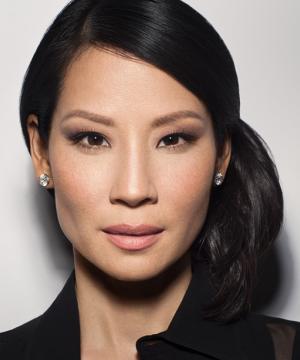 It's like kill or be killed, that's my thing basically.
You can't look back; you have to keep looking forward.
Being Asian in this business is something you have to consider, because sometimes people aren't as open. They'll say, I can't see you with a Caucasian person.
Since we didn't use guns, we wanted to make sure we could earn the ability to win the audience over by making it believable. A lot of what you do when you work out in that mode is use your mental energy.
Men, when they fight in movies, it's a very different style. Harrison Ford was so cool when he had the whip, and Bruce Lee was such an artist that you couldn't take your eyes off of him.
Everything I buy is vintage and smells funny. Maybe that's why I don't have a boyfriend.
I always admired Wonder Woman and the Incredible Hulk - but I don't know if I'd be a very convincing hulk.
I think you just have to appreciate who you are and hopefully they can see what a superhero is about.
I've definitely become much more aware of physical stunts.
Once you embody the language, the character comes really naturally, especially when you put the costume on.
When you work with chains or any kind of weapons, or just when you're using hand-to-hand combat, you are going to get hurt.
Working on the Samurai sword is very different because your body position has to be very still. It's a much quieter was of fighting.
You have to look out for becoming trapped in a place where people want to see you all the time doing one thing.
The neck is kind of what's sexy in Japan, so you have to have the kimono a little bit back. It was just a whole different way of appealing to what was sexy.
Women who wear kimonos, when the fight, they have to keep their knees together, and when they use a sword, they have to move the sleeves otherwise it gets caught.
I've never really thought about competing with cartoons. If it ever gets to that point, then just shoot me.
It's so much fun playing Ling, but I have this fear that people are going to run away from me in terror on the streets. They think I'm going to bite their heads off or something.
People use location as a language in films, and Quentin uses action as a language in his films. There's really not a lot of violence. It's more of an emotional beat than it is a physical beat.
I try to distinguish my characters from each other.
If you see the Sopranos, you're not going to be speaking in the Shakespearean English.

Who is person today and how old is Lucy Liu age, famous quotes