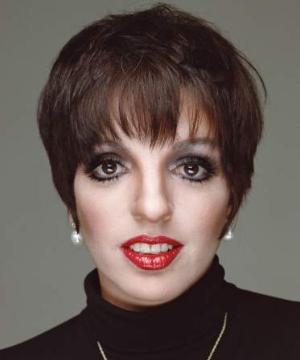 The regrets of yesterday and the fear of tomorrow can kill you.
Dream on it. Let your mind take you to places you would like to go, and then think about it and plan it and celebrate the possibilities. And don't listen to anyone who doesn't know how to dream.
I've said it before, but it's absolutely true: My mother gave me my drive, but my father gave me my dreams. Thanks to him, I could see a future.
Anything is possible in this world. I really believe that.
Reality is something you rise above.
It was no great tragedy being Judy Garland's daughter. I had tremendously interesting childhood years - except they had little to do with being a child.
I had the drink after I fell out of bed. It hurt.
I've decided that I am totally against jewelry. So I have all fake. There's no reason to have real diamonds. People think it's real anyway.
And what I liked the most about any project was that when it was good, you had a bunch of people trying to accomplish something together who were all acting together as one - that's the most exciting time for me.
I love finding talent. Just to encourage people is a good thing. Every night, the audience encourages me. I'm just passing it on.
Smoking is one of the leading causes of all statistics.
I think that's the greatest gift one can have: point of view. You know? I've come to believe that if you have a bad memory of something, change it.
In Hollywood now when people die they don't say, 'Did he leave a will?' but 'Did he leave a diary?'
Never stop moving, or you'll stop moving. I go to dance class every morning, and it's just good to stay strong; I like being healthy.
I worked very hard, but I think it's unfair to make it all sound like it's all David's fault.
Ben Vereen is going to be on the show with me, too.
I feel like there's a world of possibilities out there.
I'm fine, and my hips are fine. My false knee is fine. My false hips are fine. Everything's cooking.
Initially, I wanted to be an ice skater, but then when I was 13 I saw Bye Bye Birdie, and that was it - I wanted to be on Broadway.
The director, of course, was Bob Fosse. But again, I worked with my father to prepare for the role.

Who is person today and how old is Liza Minnelli age, famous quotes