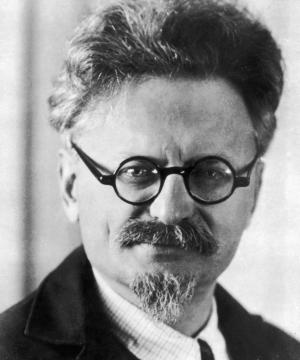 Life is not an easy matter... You cannot live through it without falling into frustration and cynicism unless you have before you a great idea which raises you above personal misery, above weakness, above all kinds of perfidy and baseness.
Learning carries within itself certain dangers because out of necessity one has to learn from one's enemies.
From being a patriotic myth, the Russian people have become an awful reality.
The depth and strength of a human character are defined by its moral reserves. People reveal themselves completely only when they are thrown out of the customary conditions of their life, for only then do they have to fall back on their reserves.
The historic ascent of humanity, taken as a whole, may be summarized as a succession of victories of consciousness over blind forces - in nature, in society, in man himself.
Ideas that enter the mind under fire remain there securely and for ever.
If we had had more time for discussion we should probably have made a great many more mistakes.
Insurrection is an art, and like all arts has its own laws.
Let a man find himself, in distinction from others, on top of two wheels with a chain - at least in a poor country like Russia - and his vanity begins to swell out like his tires. In America it takes an automobile to produce this effect.
Revolutions are always verbose.
The end may justify the means as long as there is something that justifies the end.
Where force is necessary, there it must be applied boldly, decisively and completely. But one must know the limitations of force; one must know when to blend force with a maneuver, a blow with an agreement.
You may not be interested in strategy, but strategy is interested in you.
In a serious struggle there is no worse cruelty than to be magnanimous at an inopportune time.
Fascism is nothing but capitalist reaction.
Old age is the most unexpected of all things that happen to a man.
There is a limit to the application of democratic methods. You can inquire of all the passengers as to what type of car they like to ride in, but it is impossible to question them as to whether to apply the brakes when the train is at full speed and accident threatens.
If we had more time for discussion we should probably have made a great many more mistakes.
Technique is noticed most markedly in the case of those who have not mastered it.
There are no absolute rules of conduct, either in peace or war. Everything depends on circumstances.

Who is person today and how old is Leon Trotsky age, famous quotes