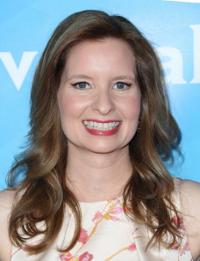 From the Twitter responses we got with 'Best Friends Forever' and the small feedback we are getting as the show is meted out, I think people are seeing themselves in the show and enjoying seeing female friendship portrayed in the way it really is.
The thing is, if you follow whatever meal you have with Coke, it eats up the other things. It helps with the digestion of it.
My favorite dessert is banana pudding.
Nobody wants an apology letter 14 years later.
In the summer of 2012 - and we do as we do when we get together to brainstorm an idea - we were both probably eating grilled cheese and watching 'Oprah's Favorite Things,' so it will never end, and we both brought a few things to the table of what we wanted our next project to be. And Jessica said, 'What if we raised a baby together?'
I had a moment - and I don't know if it was funny, necessarily, but I realized the effect I could have on people - when I was doing a production of 'The Little Prince,' and I played the snake.
Don't say yes to something just because it's an opportunity.
'Felicity' was my 'Gilmore Girls' because I grew up in a small town.
Forcing people together is an enjoyable conflict to watch, but I think it's even more enjoyable if they love each other.
I can eat Chipotle all day long for years.
I was obsessed with Carol Burnett and then Tracey Ullman. Like, obsessed with their shows.
I would say to someone, 'Make your own stuff sooner.' Also, it's OK to say no to something if it doesn't feel right.
In ten episodes, we were able to do our writers' room first. We did that all summer and wrote for 15 weeks and got everything in really good shape.
My family is from a tiny town in Alabama. So all I wanted to do was get out of this town.
When we're on Twitter, we're not only live tweeting episodes and talking about behind-the-scenes stuff, we actively try to respond to everybody.
You grow and you change, or at least you think you do, but you're kind of the same.
You learn what can become a good joke and can be repeatable. You have a shorthand about how to introduce a joke to someone.
A lot of television shows, when you see births, the baby is coming out, and the wife is freaking, 'You did this to me!' but she is still super beautiful. There's none of the realism that we just went through.
For me, I met my husband when I was going full steam ahead of what I wanted in my career. We sort of intersected and were like, 'Oh, hi, hello!' We were both on our way somewhere to speak and then just kept going together.
It's pretty simple to me: we come from a really grounded world where anything you say could be the thing that the scene becomes about. We're always treating it as if we would treat it in real life. It's all observation.

Who is person today and how old is Lennon Parham age, famous quotes