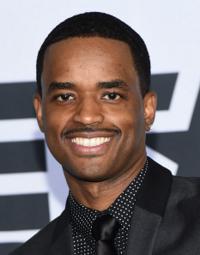 When I was younger, I didn't have the finer things in life. It was around me - the cars, the jewelry and all of that. But I didn't have it. So I did bad things to get what I wanted. Going to jail never crossed my mind. I wish it had. When I was locked up, my mother didn't support me because she couldn't accept who I was and where I was.
As an actor, you always want to find a piece of who you are in every role you take on.
Fortunately, I grew up in a family that was grounded. My mother and father knew how to guide my career and look out for my best interests.
How did I go from 'Menace II Society' to 'Love Jones?' There wasn't a poetic moment or romantic bone in O-Dog's body.
'Crash' is a movie about the racial tension that still exists in America. A lot of us pretend that we don't have preconceived notions and stereotypical ideals about each other, but we do. And we wanted to create a movie about people whose lives crash into each others' accidentally.
I'm looking to produce more stuff: TV shows, commercials, music videos and short films. I'm building my catalog so I can have some fun in between the times that I get to a movie.
Just watching TV as a kid, for a long time I thought, as a young kid, obviously when I was, like, 4 or 5, I thought that people lived in the television.
I like the action business. I like the action movies. I guess Hollywood wants to see me do action. So I am down. I like it.
I approach film no differently than I approach a role. I want to make sure the movie is right, the characters are right, I can really bring something to it as a visionary, a storyteller. It's great to point a camera, but can you tell a story?
It's actually kind of cool that women have taken to me. Because now I have a whole different demographic when it comes to the audiences. I have women who come out and support my movies, and that is a huge demographic for me, which is great because some actors don't have a female base at all.
'Menace II Society' itself was a groundbreaking film. It's definitely going to go in the vaults of classics in all of cinema. The Hughes Brothers created an incredible project. Just gave the world something a little different than what we had seen in previous films in that same genre.
'Scarface,' I remember going to see that with my father. We didn't know what to expect; we did not know what to expect. I was a kid, and my father took me, and we didn't leave. It was so disturbing, but we loved it.
What I look for in a script is the plot point and whether they're strong, obviously, or not, whether the characters are rich or not, and if I can do justice to the character or not. Some movies you look at and the script is so bad that no one can do anything with the script.

Who is person today and how old is Larenz Tate age, famous quotes