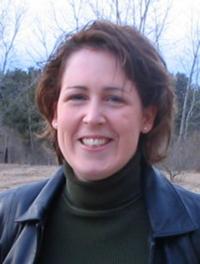 Especially in the world of fantasy and superheroes, it's great to have role models that aren't in skimpy little outfits, in impossible poses. That's so important for young women.
Storytelling is my passion, and it rises from a love of reading.
I grew up writing about the paranormal, and I blame too many Saturday mornings watching 'Scooby Doo.'
I don't read much of what I write because I worry about unintentionally borrowing something.
Everyone is the sum total of past experiences. A character doesn't just spring to life at age thirty.
Reviews are great. I can read negative reviews and say, 'You know that point they made... they were dead on.'
There is no story that can't be improved by adding zombies.
Young writers need to be encouraged to write - just write - with no restrictions on form, style or content.
Even in horror novels where you know most characters aren't going to make it to the end, it's crucial to have fully fleshed-out characters. If you don't do that, the reader doesn't care what happens to them.
I always worried that the creative well would dry up. I was sure that if I wrote a book a year, I would eventually run out of ideas. Actually, the opposite has been true for me. The more I write, the more ideas come to me and it gets easier.
It took many years to accept that fantasy is the fuel for my storytelling passion, and without that, I really am a hack, writing for money or approval rather than for the pure delight of storytelling.
It wasn't until I was in my teens that I started admiring writers as inspirations for my own work, and my earliest influences there were Stephen King, Marion Zimmer Bradley and Richard Adams.
The first piece of 'long' fiction I wrote was a novella parody of Stephen King's 'Christine.' I was in high school, and my version was about a kid with a possessed locker instead of a possessed car. It was also my first attempt at humour, which fell completely flat because no one who read it realized it was a parody!
When a series is doing well, it's very tempting to keep writing it, even when the creative well is drying up. It's tempting because that's where the money is. I've had to be very careful; as soon as I think I'm getting close to that dry well, I wrap the series up. I don't want to just keep writing something because it sells.

Who is person today and how old is Kelley Armstrong age, famous quotes