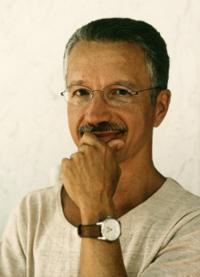 Music always turns into music. As soon as I play a key, push a key down, there's no theory any more. When I go and I hear a sound on the keyboard, all theories go out the window.
I grew up with the piano. I learned its language as I learned to speak.
I am a romantic, I admit it.
Once we're inside a tune, we can do anything with it.
One thing you learn: if you want to reveal yourself, you also have to know where to stop.
The way I think about the practicing, it is my undercover work.
We accept so many things that come through the media; we get used to them, however vigilant we are. But for any creative art, you have to remain 110% conscious, and in a world that's losing consciousness, that's getting harder.
You know, when people look at a tree, they look at the leaves; they don't look at the spaces between the leaves. They're focused on the tree. I think there's an awareness of spaces or it wouldn't look like a tree to them.
I cannot say what I think is right about music. I only know the rightness of it.
I actually get a metallic taste in my mouth when I think about electric music.
I'm my own most merciless critic onstage.
If I'm not a jazz player all the time, I've at least been cued in to what I do by jazz.
If you already have a piece of music ingrained in your body, why would you not play it?
Jazz is there and gone. It happens. You have to be present for it. That simple.
Musicians are always gigging and never have a chance to stop for a minute.
We really never know what we're gonna play when we get on stage.
When you're on stage you have a very strange knowledge of what the audience is. It isn't exactly a sound - it's a hum, like the streets.
When you're up against an electric band like that, it's like you're on two separate planets.
Your own music comes out of your head and emotions, but it's not etched in your system.
I realized that improvisers should probably always have time off. But musicians are always gigging and never have a chance to stop for a minute - unless something drastic occurs.

Who is person today and how old is Keith Jarrett age, famous quotes