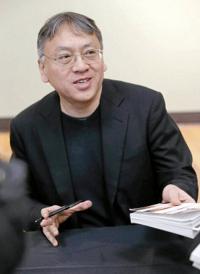 We all live inside bodies that will deteriorate. But when you look at human beings, they're capable of very decent things: love, loyalty. When time is running out, they don't care about possessions or status. They want to put things right if they've done wrong.
I'm interested in memory because it's a filter through which we see our lives, and because it's foggy and obscure, the opportunities for self-deception are there. In the end, as a writer, I'm more interested in what people tell themselves happened rather than what actually happened.
Many of our deepest motives come, not from an adult logic of how things work in the world, but out of something that is frozen from childhood.
Memory is quite central for me. Part of it is that I like the actual texture of writing through memory. I like the atmospheres that result if episodes are narrated through the haze of memory.
When you become a parent, or a teacher, you turn into a manager of this whole system. You become the person controlling the bubble of innocence around a child, regulating it.
We always like to keep our children in a kind of bubble and censor the bad news about the world. We like to tell them the world is full of benevolent, nice people.
All children have to be deceived if they are to grow up without trauma.
Now when I look back to the Guildford of that time, it seems far more exotic to me than Nagasaki.
There are things I am more interested in than the clone thing. How are they trying to find their place in the world and make sense of their lives? To what extent can they transcend their fate? As time starts to run out, what are the things that really matter?
I want my words to survive translation. I know when I write a book now I will have to go and spend three days being intensely interrogated by journalists in Denmark or wherever. That fact, I believe, informs the way I write - with those Danish journalists leaning over my shoulder.
I wouldn't want to try to adapt something of my own. It would be like going back to school and doing all my exams again.
As a writer, I'm more interested in what people tell themselves happened rather than what actually happened.
I started as a songwriter and wanted to be like Leonard Cohen. I've always seen my stories as enlarged songs.
I think jogging is bad for your health. All that pressure on the knees and back cannot be good for you.
I've always had a great fondness for English detective fiction such as Agatha Christie and Dorothy Sayers.
Memory is quite central for me. Part of it is that I like the actual texture of writing through memory.
There was another life that I might have had, but I am having this one.
What interests me is the surprising enormous extent to which most people accept the fate that's been given to them, and find some dignity.
I don't hang out with the glitteringly successful people; I hang out with people who've been friends for many years, and to some extent I feel my worldly success is a bit uncomfortable for them.
I loved cowboy films and TV series, and I learned bits of English from them. My favorite was 'Laramie', with Robert Fuller and John Smith. I used to watch 'The Lone Ranger', which had been famous in Japan as well. I idolized these cowboys.

Who is person today and how old is Kazuo Ishiguro age, famous quotes