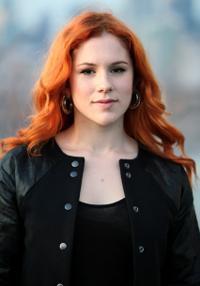 I go to a club to relax and hear the music on a big sound system. I don't go to pull a guy.
I've always known my own mind, and I'm not shy about speaking it.
I think as long as you're being creative and finding your own work interesting, that's all that matters.
Someone asked me the other day what my favourite record shop was, and I said YouTube.
The days of an open mic night when I'd rock up in an old jumper are over.
What I do and where I come from, the kind of music that I'm making, it's definitely U.K. If I turned around and did a tune with Timbaland, it would be amazing, but it would be me kind of leaving where I'm coming from.
I went to the Brit School for the performing arts in Croydon at 14, picking music as my main subject, and I'm so glad I did. I knew lots of people who'd gone there, so I always had my mind set on it.
When I was 13, listening to Choice FM, I would listen to a lot of R&B from America, and whenever a British person tried to do it, it didn't really work, they just sounded like they were trying to copy that whole style. Now the music sounds British, something real rather than an imitation.
The nice way to meet a guy is through getting to know them first. Then you can really judge their personality. What I can't take is meeting someone, going on a date, getting to know them, then finding out they're a complete psycho - 'Great, I've just wasted all this time on you!'
I don't think I represent all things dubstep. I just like clubbing, so those are the sounds I've chosen to work with.
I used to play the piano when I was younger, and I loved Alicia Keys. I wanted to be Alicia Keys; she was such an idol to me.
I love clubbing - the abandon of it, the release of dancing, and being with my friends and the people I love. For me, it's never been about going out to meet guys or to show off my latest dress - it's the music.
I went to my first drum n' bass rave when I was 16 and remember being terrified. Looking around, trying to figure out how to dance to this music, watching some girl in some hot pants, trying little ways to learn her movements.
I would love to have the biggest band that I can have. I'd love to put on a massive show and just give people their money's worth, then just come away from it thinking, 'That was a good show', because it's kind of disappointing sometimes when you go and see someone and you can see they're not that bothered.
Things go in cycles. It's like fashion, like flares go out then skinny jeans come in, people want something fresh. It's the strongest ever urban scene at the moment and I hope it can progress and keep getting stronger and be the base for something larger.
I don't want people to think they have to like me because I'm on TV every other minute.
I guess I've been making records since I was 16, and even when 50 people bought them, I thought that was amazing.
I had wanted to be a dancer when I was younger. But at some point I figured out I was a better singer.
I make music, and if people like it, they like it, and some people won't.
I'd love to be the new Jools Holland, but you know, for, like, cooler people.

Who is person today and how old is Katy B age, famous quotes