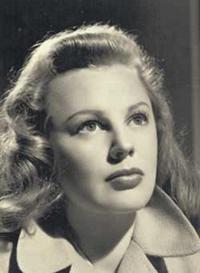 For the first time in my life I feel important. I'd like to have five babies.
I'd just as soon stay home and raise babies.
The first day I arrived, they told me to go home and get rid of that cold.
I was at a luncheon; and some cameras were trained on us. I don't know whether they were for television or not. You know how little I know about cameras.
So, to prepare for the role, I had to take music lessons, talk to wives who had husbands overseas, and carefully study the reactions and mannerisms of a friend who was expecting.
Because of the wealth of fine music spread through the film, working on it held all the fun and excitement of attending a great concert.
I don't like to fight.
I'm not a career woman.
It was my first straight dramatic role, and the most adult, intelligent one I have ever played.
The role of Barbara, in Music for Millions, was literally a tonic for me.

Who is person today and how old is June Allyson age, famous quotes