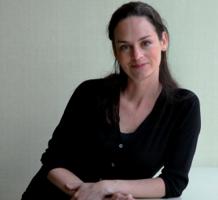 Red Sox fans have been pushed to the brink over the years, but that's how faith grows stronger.
Writing is my obsession, my passion. My relationship with it is one of the most complex and agonizing and richly vexing that I have in my life.
No matter what losses happen in a given season, the Red Sox always have next year.
Writers are socially observant. We find people endlessly fascinating, and real life is mysterious. Sometimes it's hard to stop staring at the strut and squawk of my fellow man. They can be quite inspiring. Sometimes it's hard to stop talking to them to see what in the world they're thinking.
I am politically pro-choice, but personally pro-life. I have my faith but refuse to force it on the world at large - especially this world, so brutal and unjust. I cannot make these wrenching personal life and death decisions for others - nor do I believe they should be made by a church run by childless men.
If I'd learned nothing else, it was this: If you want to be a great writer, be a man. If you can't be a man, write like one.
And I know I'm supposed to feel guilty for wanting people to buy my books... and books in general? Novels and poetry, they belong to the realm of art. How dirty of us to try to hawk art! But, after a decade of hand-wringing and apologies, I can't quite muster the guilt anymore.
It's not that I bounce ideas off of my children as much as it is that having children has had a profound effect on the way I see the world. They have mined my soul. They've made me a better person and therefore a more empathetic writer.
A good novel doesn't just transcend the boundaries of its target market - it knows nothing about target markets.
As a writer, my main objective is to tell the story urgently - as if whispering it into one ear - and to know the characters intimately.
Basically if you burst into my office the walls themselves will flutter as if alive - maybe that's the reason for all the wings in 'Pure.'
Don't shame the young for releasing their pent-up fear.
I am deeply Catholic and always will be, but I'm no longer a member of the church. I left in 2003 because of the sex abuse scandal.
I prefer a cluttered workspace.
I write across genres so I see them, more often, as complementary instead of separated by boundaries.
I'm a woman, but I've been a sexist, too.
The basic rule of storytelling is 'show, don't tell.'
While I was in college becoming a good Catholic I was also becoming a writer - one haunted by Catholicism.
Writers aren't born properly labeled so it is hard to know one when one appears.
Writing stories is the habit of lying put to good use.

Who is person today and how old is Julianna Baggott age, famous quotes