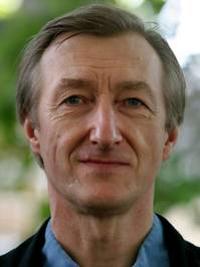 Reading and life are not separate but symbiotic. And for this serious task of imaginative discovery and self-discovery, there is and remains one perfect symbol: the printed book.
Grief seems at first to destroy not just all patterns, but also to destroy a belief that a pattern exists.
When you read a great book, you don't escape from life, you plunge deeper into it.
Most of us remember adolescence as a kind of double negative: no longer allowed to be children, we are not yet capable of being adults.
Well, to be honest I think I tell less truth when I write journalism than when I write fiction.
Books say: she did this because. Life says: she did this. Books are where things are explained to you, life where things aren't.
As I've explained to my wife many times, you have to kill your wife or mistress to get on the front page of the papers.
I hate the way the English have of not being serious about being serious, I really hate it.
I have an instinct for survival, for self-preservation.
The land of embarrassment and breakfast.
What is taken away is greater than the sum of what was there. This may not be mathematically possible; but it is emotionally possible.
I am death-fearing. I don't think I'm morbid. That seems to me a fear of death that goes beyond the rational. Whereas it seems to me to be entirely rational to fear death!
Paris is certainly one of the most boastful of cities, and you could argue that it has had a lot to boast about: at various times the European centre of power, of civilisation, of the arts, and (self-advertisingly, at least) of love.
It took me some years to clear my head of what Paris wanted me to admire about it, and to notice what I preferred instead. Not power-ridden monuments, but individual buildings which tell a quieter story: the artist's studio, or the Belle Epoque house built by a forgotten financier for a just-remembered courtesan.
All bad things are exaggerated in the middle of the night. When you lie awake, you only think of bad things.
Do we tend to recall the most important parts of a novel or those that speak most directly to us, the truest lines or the flashiest ones?
I'm a complete democrat in terms of who buys my books.
I'm a novelist, so I can't write about ideas unless they're attached to people.
In 1980, I published my first novel, in the usual swirl of unjustified hope and justified anxiety.
In Britain I'm sometimes regarded as a suspiciously Europeanized writer, who has this rather dubious French influence.

Who is person today and how old is Julian Barnes age, famous quotes