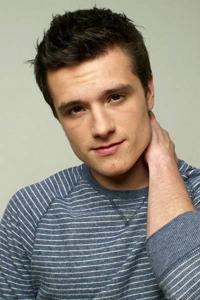 Once you have love as a motivator in a story, your character is free to do anything. Once you say the character is in love, he can do the craziest thing that nobody would do who's not in love. Once you're in love, you have that excuse to go and do whatever you want.
I know my life is full of awkward pauses, and I think it's hilarious.
Working with amazing people, you continue to learn and develop yourself, as an actor and as a person.
I don't think I've had love at first sight. But, I've definitely had moments where I've seen a person, and I'm like, 'Wow, there is something different about you, and I really want to get to know you.'
T-shirt and jeans style now is where I'm at. Maybe a little rock 'n' roll T-shirt and jeans.
Bullies are just ignorant.
I like both athletic girls and girly girls. It depends on their personality. I like girls who can go out and play sports with me and throw the football around, but you don't want a girl who's too much tougher than you. I like brainy girls who can respond to what I'm saying.
My personal style has seen so many highs and lows. Probably more lows than highs.
We've seen some insane signs: 'Is that a loaf of bread in your pocket, or are you just happy to see me?' Funny stuff along those lines. Very original. One just said, 'I will do unspeakable things.' I thought that was very interesting - and mildly terrifying!
Holden Caulfield is the best character in literature, period.
Well, food's always the way to anybody's heart, I think, guy or girl.
I have always believed in standing up for what I believe in and I believe that everyone deserves the right to love whoever they love no matter who they are.
I don't like being treated differently.
I still get a little nervous when talking to girls. Which is awful, and embarrassing, because I feel like I shouldn't.
I'm a big romantic, traditional, cheesy guy.
I got my first tattoo when I was 16 years old and I went with my mom to get it done - she has a bunch too so we're tattoo buddies now.
As an actor, you're always playing different people, so you yourself are always kind of going through an identity crisis.
Being a heart throb would be crazy.
I love storytelling so for me to get behind a story and get in there early in its infancy and kind of develop it in the early stages was something I really wanted to be a part of.
At times when you're adapting a book into a movie, you have to take certain creative liberties to bridge the gap between the two forms of media.

Who is person today and how old is Josh Hutcherson age, famous quotes