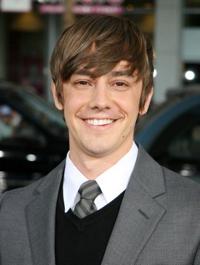 Why can't ladies like nice guys?
I'm probably the most excited about 'Turtleneck & Chain.'
Ladies seem very intrigued by a guy who is ultra confident and acts like he doesn't need you.
Something I always admire, especially in female comedians, is that they're willing to make themselves look terrible.
I grew up in Berkeley and my parents were hippies, obviously, since my name's 'Jorma.' I didn't watch much television growing up because they weren't into it at all.
Just the fact that that Europe album 'The Final Countdown' came out in 1986 and 'Rad' came out in 1986... I'm starting to think that maybe 1986 is my favorite year, of all time!
Obviously, as the music business has suffered tremendously, with being able to illegally download everything, it's also become amazingly easy to find new bands, because everyone can put their stuff online. Even if you can't find a record label, you can find these awesome bands, all over the world.
We did the 'MacGruber' Super Bowl spot for Pepsi, which generated some outside interest. We have a sketch where a guy blows up after 90 seconds. How are we going to make that into a movie?
I went to the doctor recently and she actually prescribed that I go out for ten minutes a day, I'm so depleted on vitamin D.
It wasn't until I got 'SNL' that my parents told me they were a little bit worried, like that I would have food to eat.
Justin Timberlake puts you to shame, having that much talent.
'MacGruber' came to life mostly because we just liked saying 'MacGyver.' 'MacGyver' this. 'MacGyver' that. It's a great word.
When we came out with 'Lazy Sunday,' the greatest compliment I heard was that Questlove had it on his iPod.
I was just blown away by everything my dad was doing, every play. It was amazing to be able to go as a young person to the theater and see these visuals and how creative it could be. More than anything it was realizing you could do that as a life path.
I'm a little younger than these guys, but I would say all of us are huge fans of the original 'MacGyver' series, and obviously we found that inspiration for the original pitch for 'MacGruber.'
It's still amazing to me to walk down the halls of 'SNL.' You see pictures of the greatest comedians we grew up worshiping, basically. It's crazy to be able to still work there.
When you first see MacGruber working on the bomb, in the initial opening credits, that bomb was a replica of the 'Die Hard' bomb. The love runs deep for '80s action movies.

Who is person today and how old is Jorma Taccone age, famous quotes