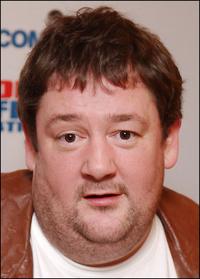 I get obsessed with decorations and decorating the house. I keep it tasteful outside, but when you get inside it is a bit like Blackpool illuminations, I go bonkers!
There's a domino effect with certain things you say.
People are always asking, 'Where does Michael Pennington end and Johnny Vegas begin,' and you're going, 'It's not like that: it's blurred right across.'
It is easy for me to love myself, but for ladies to do it is another question altogether.
I couldn't be 'Johnny' in front of a camera in acting jobs and behind the camera I like to be 'Michael.' With directing, you can't do it by halves. There's a lot of reflection, and I have found that I, as 'Michael,' thrive on it. It's lovely coming home and feeling that stuff from a day's work as myself.
'Johnny' was always a lone wolf when he got on stage. Him against the world, whereas suddenly, when I got into acting, people were relying on me.
I came back from university thinking I knew all about politics and racism, not knowing my dad had been one of the youngest-serving Labour councillors in the town and had refused to work in South Africa years ago because of the situation there. And he's never mentioned it - you just find out. That's a real man to me. A sleeping lion.
When I wasn't as attractive as I am now, I suffered at the hands of cruel children and their taunts until I realised that confidence and a bit of aesthetic care can overcome that.
I am very proud of what 'Johnny' achieved in stand-up comedy because he believed entirely in giving an audience the best kick he could. But he was someone who was quite detrimental to my health, both emotionally and physically.
I trained to be a priest - started to. I went to seminary school when I was 11. I wanted to be a priest, but when they told me I could never have sex, not even on my birthday, I changed my mind.
It's lovely being a parent and being in a strong marriage with somebody who is your best friend.
I'm getting positive feedback for my acting so we'll see if any other interesting parts come up.
I came from a very loving home, had a happy life with no great aspirations, but going to the seminary changed me. There was a chunk of my childhood missing. Once I'd realised it wasn't for me, I still felt a tremendous pressure to continue for fear of letting everybody down.
I found popularity through self-destruction, and that can be quite addictive.
I hate flying, airports and the whole rigmarole - queuing up, security and lost luggage.
I've got little ankles and a bit of a belly, so it makes me look rather an egg on legs.
My first holiday to San Francisco in 1998-99 was supposed to be a two-week vacation but I ended up staying five weeks and nearly didn't come home.
We all have days where we can't pronounce things or give it the emotion it deserves.
I thought I could play the hellraiser and then put 'Johnny Vegas' back in his box. I found popularity through self-destruction. The more you damage yourself, the more people are drawn to you, and that can be quite addictive. It is not a lifestyle you can maintain.
I used to be good with kids, but as I get older, I'm grumpy and terrible with them. As for doing a gig at a 6-year old's birthday party, you couldn't pay me enough.

Who is person today and how old is Johnny Vegas age, famous quotes