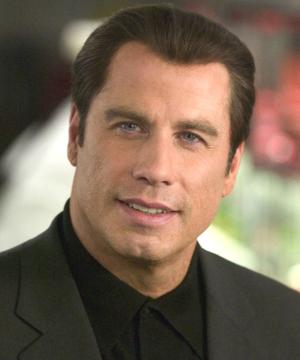 As you get older, you have to force yourself to have new dreams. For instance, I've been flying for 37 years, but now teaching others to fly is interesting for me. Sometimes you have to find new angles on life to keep you interested, like sharing successes and inspiring and helping others.
You just activated a nuclear warhead, my friend.
So you know what I'm gonna do? I'm gonna do something really outrageous, I'm gonna tell the truth.
I don't believe in regrets; I believe your future is in your tomorrows.
I love watching old movies, and some of the holiday-themed ones are really great. I also have a bizarre thing that I'll do: I'll turn on a foreign-language TV station, usually Spanish, and watch a whole show, riveted, even though I have no idea what anyone is saying. I don't know why I find that so addictive, but I do!
You feel alive to the degree that you feel you can help others.
Sports, entertainment and aviation are three of the most exciting professions in the world; you are dealing with the same magnitude.
There are unwanted emotions and pain that goes along with any birth.
A lot of actors never talk to other actors about how they're doing things, or why. I think it's important to share the way you're thinking.
Most people forget that you have to create relationships. The allure of the first years settles down, and at that moment, you better start creating it; otherwise, you're going to lose out.
I'm from a working-class family. We didn't have a lot, but we had the arts. You're talking to a guy who is making a living at doing what he loves doing - acting, singing and dancing. So any career ups and downs were not that significant to me; the only things that really powerfully impinged on me were my losses, and there were many in my life.
Something can happen in your life, and you might want and need something different from your spouse. Most people forget that you have to create relationships. The allure of the first years settles down, and at that moment, you better start creating it; otherwise, you're going to lose out.
And now after all this time I finally figured out how to trap him... I will become him.
Your life starts to take shape at 30. You don't have to make excuses for who you are anymore.
Oh yeah, dancing's part of my soul. I enjoy it, it makes people happy, and it makes me happy.
I think my friend Tom Hanks knows me. He understands me very well. He's always had a sort of parental feeling toward me. He knows I'm a big mush ball, which is just part of my personality.
I don't want to create controversy; I just have an opinion on things, and there is nothing wrong with stating your opinion if you are asked. Everyone wants that right, and because you are famous doesn't mean you have less of a right.
For a while, I was saying 'no' way too often. I turned down 'An Officer and A Gentleman,' 'Splash' and 'Midnight Express.' I could name you tons more. I would go off and experience life instead of working - I was learning to fly jets, went on an African safari, sailed the Caribbean - which wasn't necessarily bad.
I will direct one day, but I have a feeling that it will be very limited.
The first thing I ever rode when I was a kid was a motorcycle, so I knew how to drive a motorcycle before a car.

Who is person today and how old is John Travolta age, famous quotes