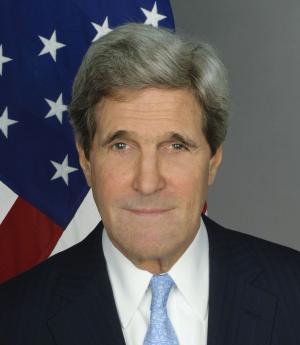 I saw courage both in the Vietnam War and in the struggle to stop it. I learned that patriotism includes protest, not just military service.
Being lectured by the president on fiscal responsibility is a little bit like Tony Soprano talking to me about law and order in this country.
I'm fascinated by rap and by hip-hop. I think there's a lot of poetry in it. There's a lot of anger, a lot of social energy in it. And I think you'd better listen to it pretty carefully, 'cause it's important.
When we walk away from global warming, Kyoto, when we are irresponsibly slow in moving toward AIDS in Africa, when we don't advance and live up to our own rhetoric and standards, we set a terrible message of duplicity and hypocrisy.
I would rather be the candidate of the NAACP than the NRA.
The consequences of a crime should not be out of proportion to the crime itself.
NAFTA recognizes the reality of today's economy - globalization and technology. Our future is not in competing at the low-level wage job; it is in creating high-wage, new technology jobs based on our skills and our productivity.
It took President Obama to make America lead like America again.
Young people have so much more power than they tend to think to be able to affect politics. And if people will organize and get involved and go out and knock on doors and hand out leaflets and make a change, then they can determine the future.
We have traded a dictator for a chaos that has left America less secure.
Foreign policy is effectively the assertion of many individual countries intersecting on the global marketplace. And you have to figure out how to get your interest served in a way that meets the interests and needs of these other folks.
President Obama has made it his mission that we welcome our troops home with care and concern and the respect they deserve. That is how an exceptional nation says thank you to its most exceptional men and women.
Republican secretaries of state from Kissinger to Baker, Powell to Rice, President Bush, 71 United States Senators all supported President Obama's new START treaty, but not Mitt Romney.
The best way to begin genuine bipartisanship to make America stronger is to work together on the real crises facing our country, not to manufacture an artificial crisis to serve a special interest agenda out of touch with the needs of Americans.
Real Democrats don't abandon the middle class.
I love to play guitar and hack around. I was in a band when I was in high school. I never learned to play very well, but I enjoyed it.
I know there are a lot of musicians and a lot of artists, and there are a lot of writers and other people who inspire young people, but I'd like to see somebody in political life be able to connect and make these choices that we need to make in Washington real in terms of people's lives.
I think George Mitchell is a consummate professional. He is the ideal selection to handle the job of special envoy if you choose to have a special envoy.
Mitt Romney says he believes in America and that he will restore American exceptionalism. I have news for him, we already have an exceptional American as president and we believe in Barack Obama.

Who is person today and how old is John Kerry age, famous quotes