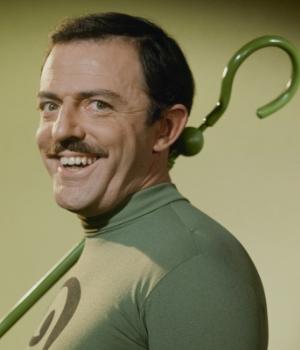 One of the great things about being recognized is that you receive this feedback from people. It is easy to see how sincere people are. It's nothing fake or jive. They're giving sincere appreciation. And it's not that easy to express.
People are smarter than you might think.
One life is worth the universe. Poe was able to go right into the very depth of life and to demonstrate this.
People are transported to that space that Poe wanted to make available to us.
It is important to me that what Poe has to say gets across to people. I want to give people the feeling that I get from all this. I think that we are succeeding. The feedback is very warm.
The themes Poe used were universal and timeless. As long as the English language exists at all, we will be able to appreciate what he did. It will not age! It will not become dated!
My work is to reach people with ideas, hopes, dreams, encouragement, insight, and revelation. That's what an actor wants to do.
Sometimes it was tough doing take after take upside down! I did a lot of that sort of thing.
At a certain point he was very popular, from THE RAVEN. He was never fully appreciated, never made the money, and you know he was looked upon with admiration by some people, but also as an oddball. But that was his point.
I got things like the lotus position long before anybody else did, or at least in the mainstream. But I had fun. I guess my legs are pretty flexible, so I used to get a kick out of doing things like that. I would get into a full lotus with my legs and then roll around.
I figure I basically am a ghost. I think we all are.
I love to play for audiences that are simply made of people rather than so-called special people.
I think people really want to be happy.
I think Poe had a mission to tell us what it's all about. To answer some of the great questions of life.
Poe was a student of many things, and among those things he read and referred to in his work was the Bible.
I get into certain yoga positions at times, when I'm working out and for exercises. I use a little of it in some of my meditation, but I chant now and that sort of replaced it.
I guess one of the reasons I'm doing the Poe piece is that I think Poe demonstrates that no matter how difficult things are, if you continue to move forward in life, you can eventually become victorious, even if it's later in life.
My background is basically scientific math. My Dad was a physicist, so I have it in my blood somewhere. Scientific method is very important to me. I think anything that contradicts it is probably not true.
Sometimes when I see a performance that really takes me, I struggle. How can I express this to this person, I want this person to know how I felt. I want to get this across, and it's not very easy.
The feedback that I get from my association with Gomez is heartwarming. It is very difficult for me to take anything but a positive view of the Gomez phenomenon.

Who is person today and how old is John Astin age, famous quotes